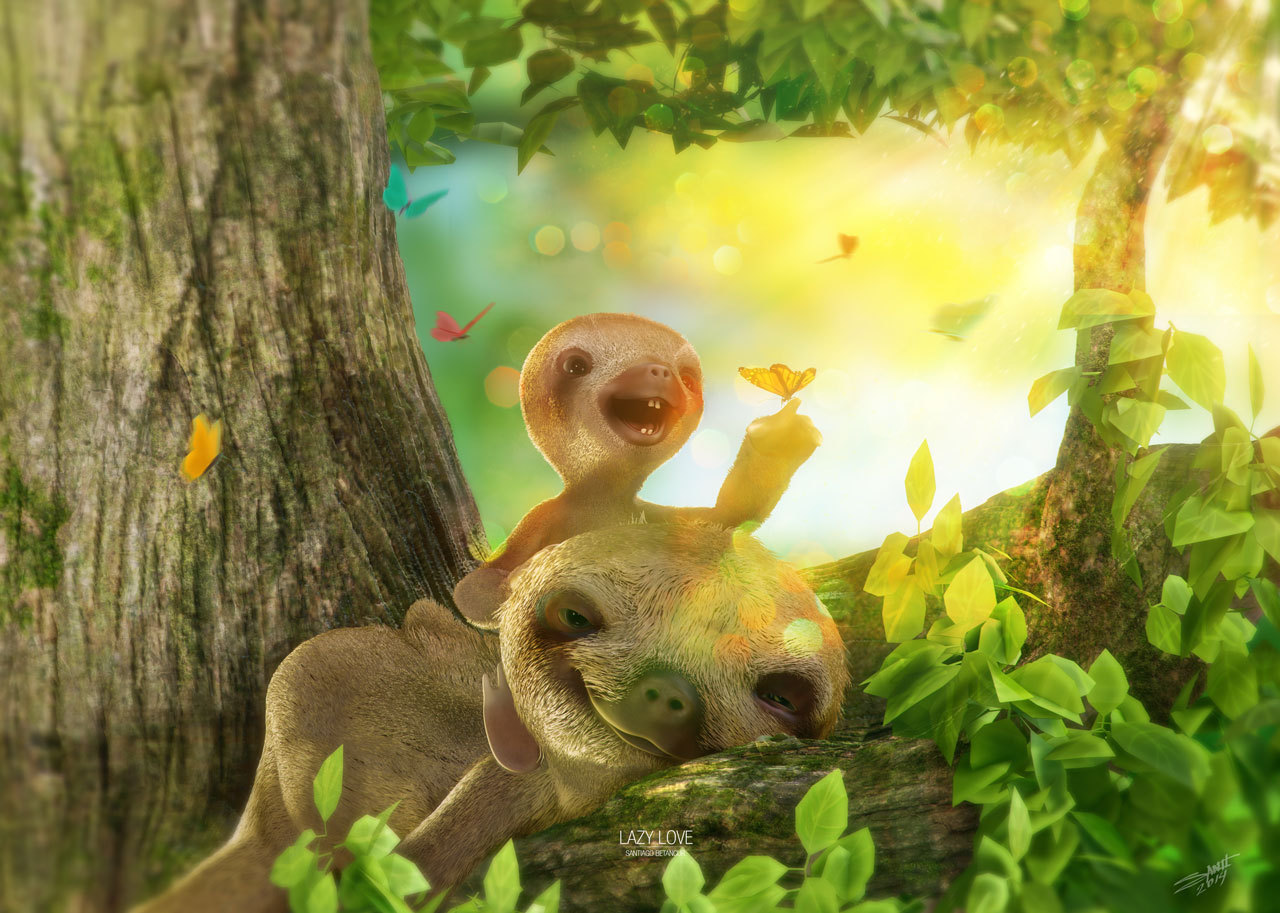 Vulnerable, baby-like eyes.
You wish to hug it!
You wish to take it home!
It’s the cutest artwork we found on the website. Come say “Aww” with us!
We already covered some Humor based post before, so if you want to keep your good mood going you can check it out right here.

We start with a Sloth ready to embark in an adventure!
Here’s what the artist had to say about this piece:
“I really wanted to paint a sloth, but I also wanted to study some metallic materials, so I did both! I don’t know if I want to make it a series of animals in Medieval-ware, or a series of medieval sloths!”

While these Sloths are not vikings, they too cute to not deserve an adventure on them on! But then again, they are probably too lazy to dress up.

Keeping the unusual mammals common, here’s an adorable Hedgehog. There is a popular game that uses it as a mascot, yet Catherine’s take is even more adorable!

While we move in the realm of more common animals, Ling’s Love Squirrel looks colorful and strange. But cute! Still so cute. The light blue marking on it’s forehead gives a mysterious, even mystical air to it.

Not all cuteness comes on baby-like features, as demonstrated here bt Even Mehl. Professor Elbert here manages to come out sophisticated, yet kinda cute.

This bearded, mage bear looks imposing, wise and… Pink! Adorable! I want him to save me from a very tall castle.

Who’s a good space mercenary? Laika is! Cute and deadly, it’s a dog with a laser canon on it’s back! I’m really glad I’m not the mail man right now.

Vulnerable. Sad. All alone. And yet, probably the most beautiful, cutest little thing in this entire post. I wish to proect this cub.

“He has a boyish build. His wardrobe is risque.” – Indeed, Maurizio! A bear who isn’t afraid to show how manly or how naked he is!

The Pairing by Gary Laib

Gary Laib’s owls are always a sight to see, the furs, the expressions, the realism meeting fantasy. Here, we see a gnome-like creature befriending a giant baby owl.

And in this one we see an older owl with an older partner. Is there a secret society of cute, giant owls and their gnome slaves? Is Laib trying to warn us about a secret cabal of over lords who run the economy in the shadows? Or perhaps is just a cute theme? Yeah it’s just a cute theme.