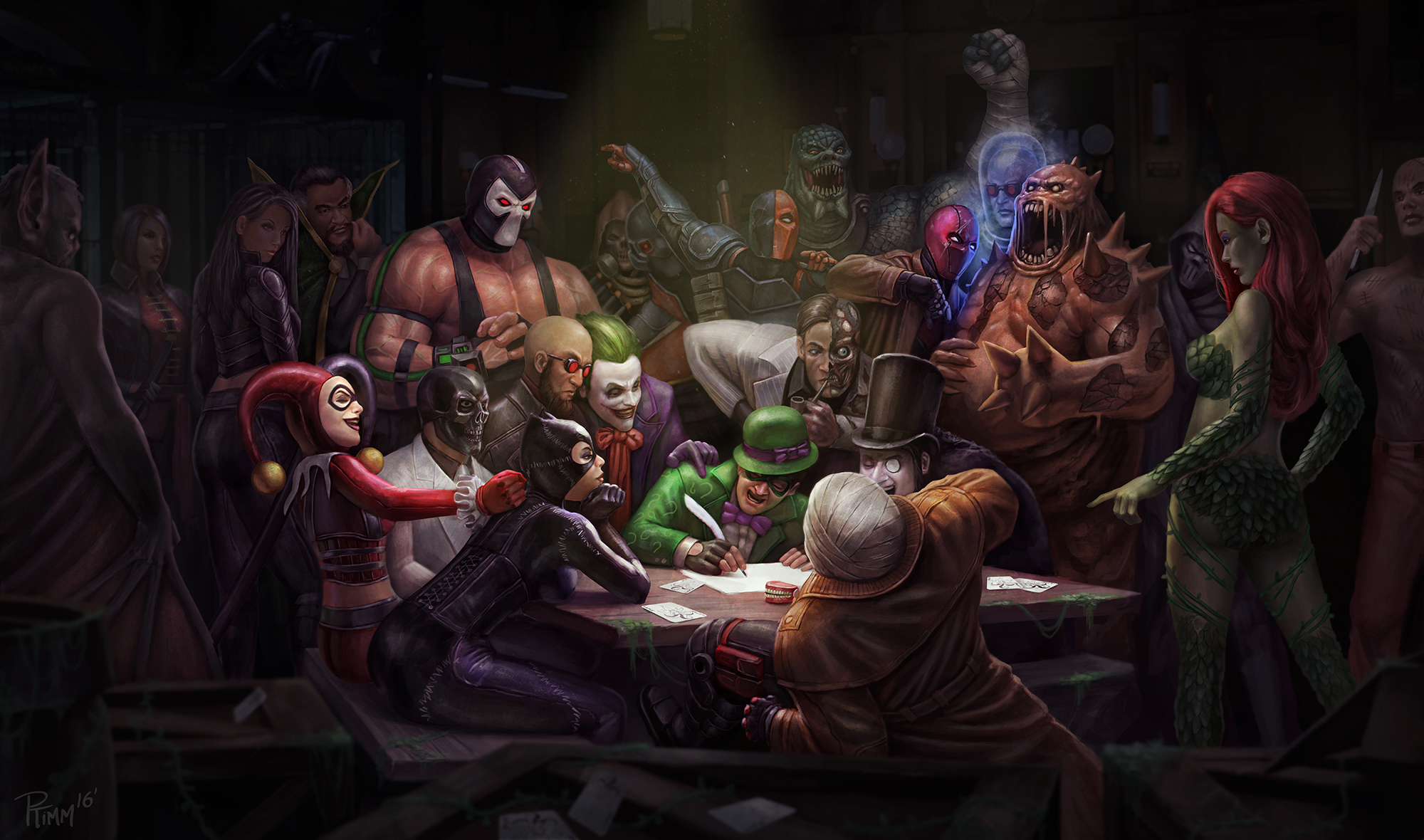 Friend of ArtLords Andy Timm recently released a piece of digital art history with his “Reply of the Zaporozhian Cossacks” study titled Letter to Batman.
The piece deals with nostalgia and captures all of the best known Batman villains. Andy took some time on the popular site Imgur to share his process of crafting the labor of love. You can check out the original Imgur post here.

As a special treat we here at ArtLords took the time to cover Andy’s incredible walkthrough with our own deep dive.

This project began as a study of the master painting “Reply of the Zaporozhian Cossacks” by 19th Century Russian realist Ila Repin. There’s plenty of energy in the piece but what gets me is the colorful language the Cossacks had for Sultan Mehmed IV when writing this letter.

“I wanted to do a master study of this piece, but then kept seeing batman villains in there, so I just went with that”  – Andy Timm

The line-art here really captures the energy of the piece. Notice that Andy has Poison Ivy in the center, falling back laughing, while Hush is pointing at the letter being crafted by the Riddler.

As Andy moves on to value the piece begins to come to life. Note that Hush and Poison Ivy have changed places. We’re also outdoors… Perhaps in the woods?

Fist pass at colors being particularly respectful to the original character designs. Two Face has a cool “Dark Knight” vibe from the movies, but the colors of his suit are more “Batman the animated series”.

He was so close to the designs, he even managed to color in Hush’s red gloves, a detail several fan artists miss from time to time. Killer Croc and Mr. Freeze are starting to come together.

Andy decides to switch up the background from outdoors to indoors. This is the first major deviation from the master painting. He aptly uses the Gotham PD as his reference.

Some major changes here. The background really starts to feel like part of the piece. Man-bat sees a late re-pose, Poison Ivy loses the “donk”, as some of the Imgur comments said. We also see boxes in the foreground.

Also, our hero makes an appearance. Can you spot him?

“there is just so much to keep track of, more edits etc”

The final piece sees the lighting come together to create a great scene. This is the first time you really see Joker and the other menacing foes. Sit back, take some time, and appreciate the entire scene – it’s lovely.