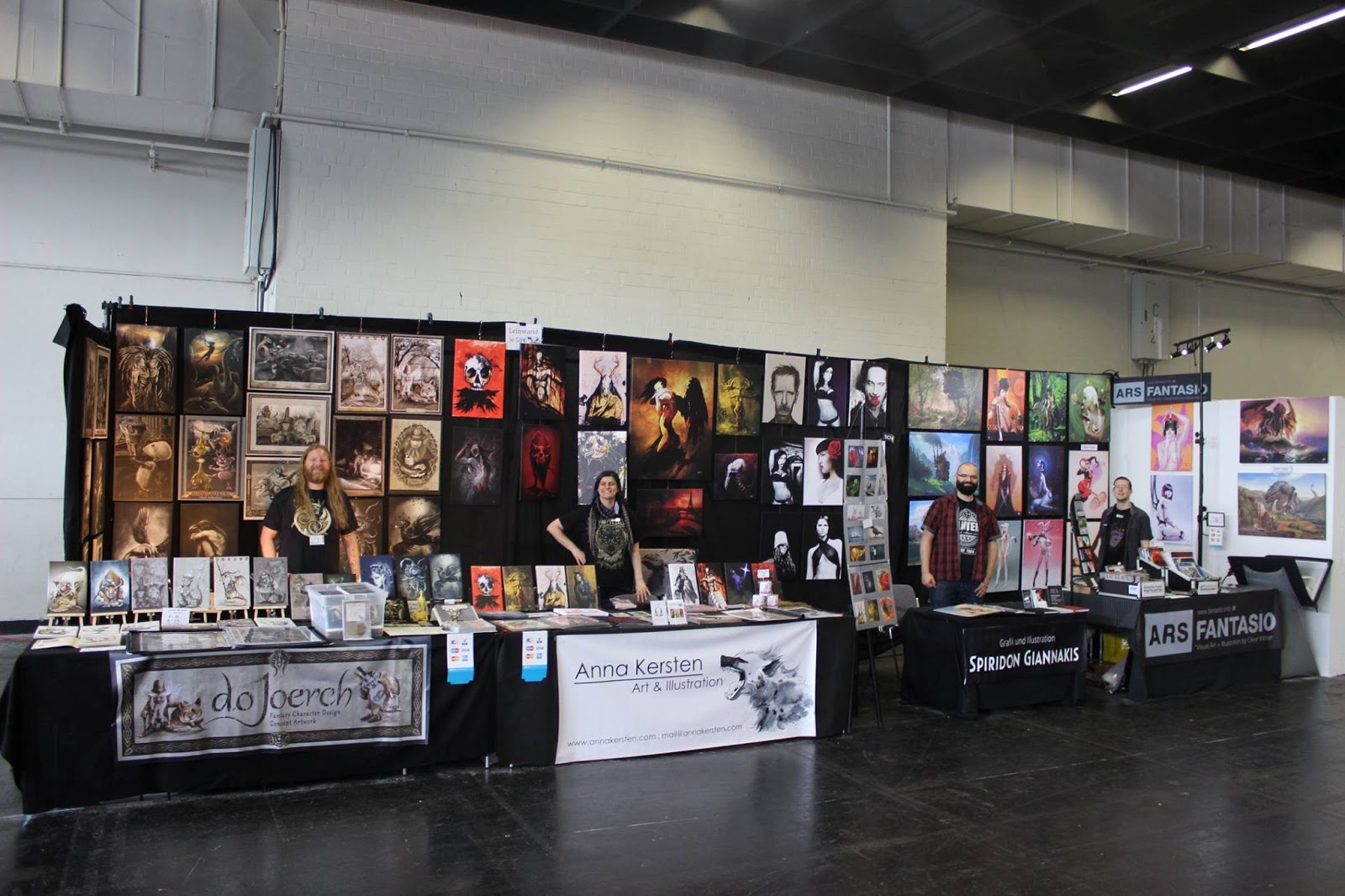 First we all learn how to walk, step by step, but bear with me, this is not about a guide on how to run a successful art business step-by-step.

This is about a single core thing that I learned to use and improve upon and only a few things that are connected with that matter.
So what is this single most important thing then?
Observe other people’s blunders (or your own) and learn from that.
Sounds like chess? And yes, this has more to do with the good old game called chess than anything else. In chess, you don´t win by being masterful or better than the other but because you know the game and observe your opponent to take advantage of their blunders as they happen.
You can also win chess by being a strong player, but that takes longer, much longer if your opponent is strong too.

So how do I adapt that to the “life-of-the-artist-game” then, to take advantage?

A misconception I want to mention prior to anything else: Being cheaper than others does not count!
Being expensive is not a blunder but (hopefully) the result of hard work. Just want to have that said.

There are many factors to take into account, as doing art is not only about the artist sitting in his room and paint pictures all day, it is also about presentation, online activities, feedback, improvement cycles, adapting trends and so on.

When you want to step up your game, conventions are a good example. I still don´t get until today, why artists hide behind a single table. In the best cases with a man high pop-up display behind them. I observed that on a convention quite recently that these tables were frequented like zero while we had a lot going on at our booth:

The time of capture was around the evening before the convention and a few minutes before opening. I know, a bad example for the many visitors we had, but you can imagine that the booth above attracts a lot more people than this:

On Saturday I barely had time to breathe and was happy that my spouse came to help me out.

On the artist alley we heard from colleagues that some would not even attend Sunday as nothing happened, no sales, nothing. If you are keen, you know why that happened or you can imagine. With walls up high (close to 3 meter) and highlighting spots, our work was visible even from 100 meter distance.
The perception of a group in such a booth is also totally different, it looks professional – and that is what you should want in the end – that -as a result – people will take you serious.

And sure, it takes experience, time and money to build a booth like that from scratch, but: it is possible and the result will always pay off – if that is what you want. There is an interesting article from Peter Mohrbacher about a convention booth that set him back $4000 upfront. I can only recommend to check out his knowledge about this very matter.
Blunder alert #1:
The main problem with the artist-alley-tables is, that most people don´t see what is going on from a distance even when you are lucky to have a crowd of visitors around you. Most people look for a few seconds and if the only thing they see is other people’ necks, they move on.
If your work sticks out from above other people’s heads, you have a winner. People know at least what is going on and imagine that you might have something to offer and come back later when it is less crowded. Another problem in my opinion are “Pop-up Displays” – your display can be as fancy as hell, in the end, a possible customer can’t or most likely won’t buy it. If you hang canvas art behind you with a decent price-tag on it, people know they can support you by either purchasing a print or limited amounts of bigger art from you. It works as simple as it sounds.
Blunder alert #2:
Another blunder I have observed is the “Drama-queen-behavior”.
Let´s say as artist, you have done a good job for a client, you get paid, client happy, you happy, everything fine. After a year, you notice the client uses the image for more than was negotiated, how do you react?
There are many ways to react properly, one blunder is to write back in the heat of things. Actually, if you ever want to get work again, think twice – the cause of the issue was probably wrong negotiation or communication in the first place. So blaming the client afterwards is not going to help you, you just make someone feel bad – but maybe it was two sides that just did not communicated well?

Getting the hang of it?

Blunder alert #3:
Another example; As artist you get asked for a package pricing on some game art, with lots of stuff to do. Who are you then? The cheapest guy, the most expensive gal or the just right type of guy to fulfill the task? How would you define “just right”? See? There are many things that can go wrong, if you are the expensive guy, you better have “that amount” of following or client references to back up your “AAA-artist” abilities. If you are the cheap guy and really good tho, nobody will take you serious as good work does have a price tag. Finding the right price is a topic on it’s own, but having reasonable pricing and a display of competence to back your abilities up, is a great start to be “the right” guy or gal for a job. Communicating your abilities is the another thing, a lot can go wrong by being too loud or too silent. The more you think about it, the more should the “just right” image become clearer.

Another huge blunder I observe is that many artists want to save time, posting everything at once. In online galleries or social media portals – but also in the real world.  Why not posting one thing after another? This way you give people time to consume your work in bite-sized chunks. In the end you save time – of course – but the momentum is gone. People see one big pile of work and have no interest to pick one as a favorite (deviantArt for example). 2 works posted a week can sum up too, but is still miles away from the piles of images some photographer upload at once after a shooting.
It is really that simple, you only get successful if you learn from blunders, either from your own, or from others. Either way, there is always a learning curve attached. These are just a few examples of the”important things to do“. You can imagine it applies to social media and goes forth into the aspect of negotiating with clients about a commission.