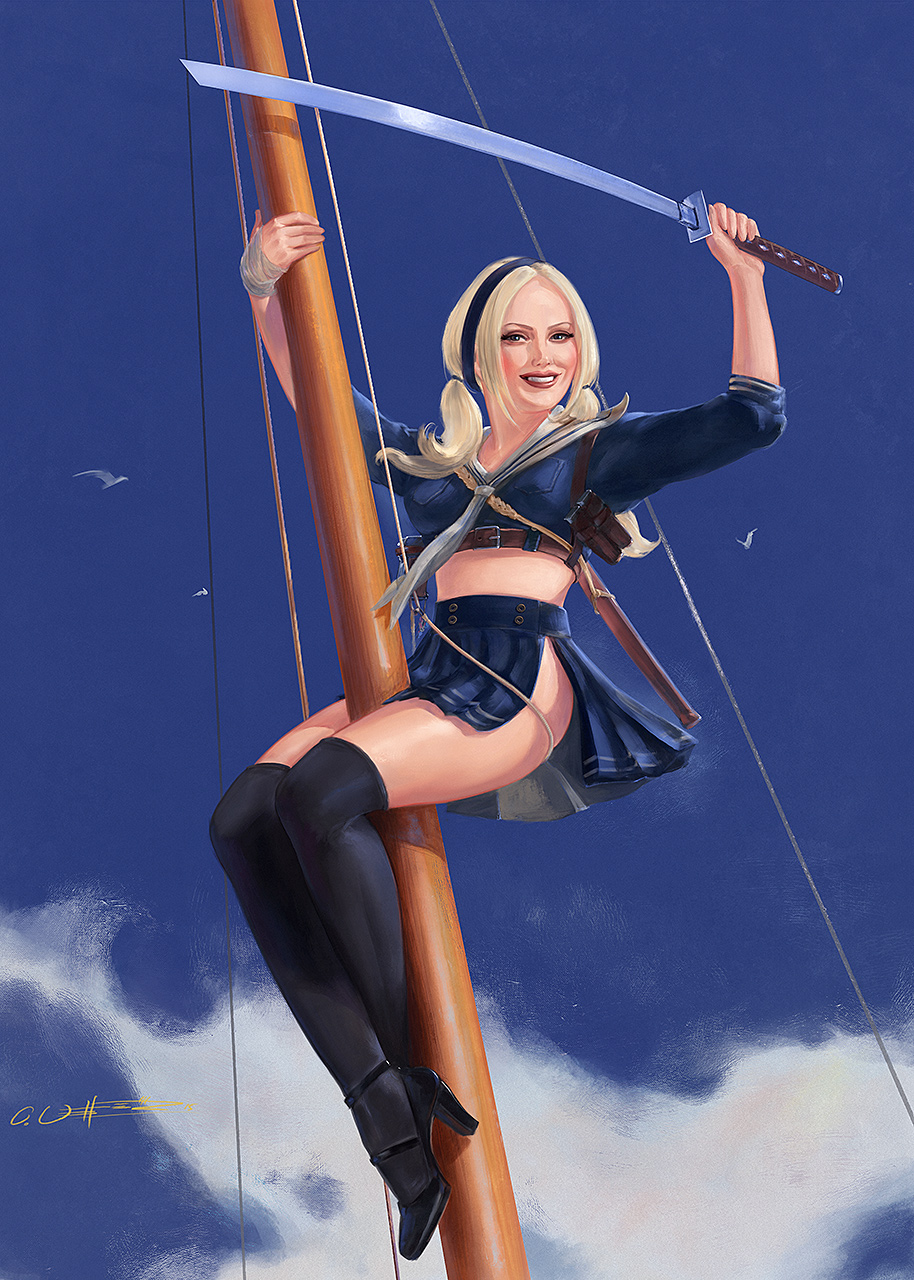 Let´s be honest: at some point, we all thought being the number one in our field would help. It would make us better and lead to ultimate success. In general there is nothing against a healthy ambition. Many artists have been there and done that.

Truth is: being the No. #1 is good if you are able to withstand all the trouble that comes with it. No one was born into a number one position. Being there has to be earned.

But how do you start and get there?

Here´s the easy answer: Start aiming to be the “number-two choice”.

On one hand it is more than fulfilling and on the other hand it takes so much pressure away.

For this to understand you need to contemplate for whom you would be a number one or a second choice. Is it your parents or teacher? Or a client? In my case these individuals are authors, agencies and publishers. Sometimes, when a certain project comes up, the editor in chief has most often a concrete idea about who fits on the cover.

In most cases, these ideas feature number-one illustrators or artists. Names in the industry that are sure to mean a good sale to even a mediocre book or whatever needs to be advertised.

Your luck if you are the number one that can not be booked because you are too busy or charge way too much. You leave the leg work up to newcomers who have decided to work in a similar direction.

This is the chance for all the number-two choices of the world. You are needed!

In my case, exactly this was the foundation of my career some 6 years ago!

I am dabbling in many styles. I don´t mind having two or more styles that make me a number-two choice. If the number-one choice is never available, the No. #2 becomes the number one slowly but over time – it is as easy as this.

And that is the reason I suggest to think about that matter from a different perspective.

I don´t say you should aim for mediocrity, but as a matter of truth, some things are already invented. So when you paint the heart blue instead of red, it will make you always the number two, because someone else decided to paint it red and was first. So why even bother?

Inwardly aim for excellence, but on the outside be a good second choice for a certain style. Be available, be easy to get along with and have reasonable fees. This is a surefire way to get a foot in the door of most industries.

Before you focus on being the best in your field, just look around where else you could be a good second choice. Because in the end it is not you to decide whose work is good or good enough. This decision is always done by others.