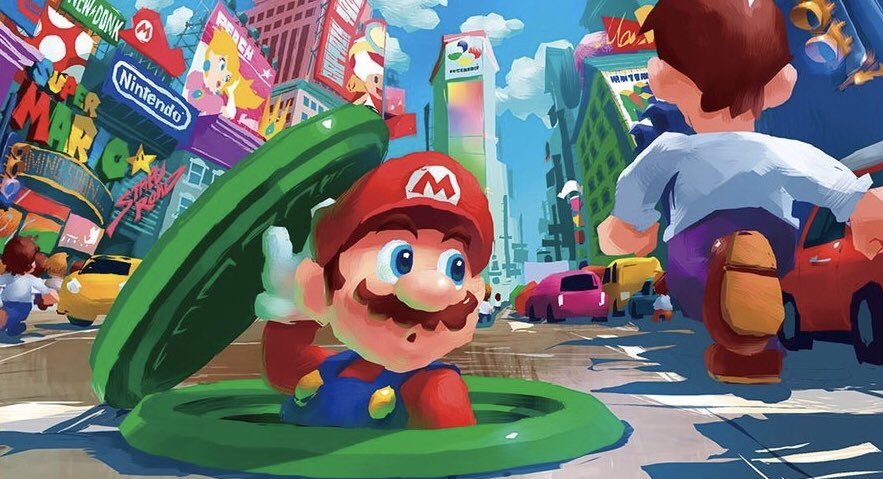 From the original 1981’s Donkey Kong to the latest (at the time, since this series is not slowing down any time soon) entry, New Super Mario Bros U Deluxe (a name Capcom would look and be proud about), the fabled “Mario” series has transcended generations.

Be it the fun and cute Parental Controls video or that one silly comic that reimagined a power-up from the upcoming game into that created the Bowsette phenomenon (and even Oliver Wetter got into the fad!), Nintendo’s premier series is a constant in the web space as well in artists mind. Bellow, we showcase some fan work from some big names as well some outstanding pieces of artwork from the iconic franchise.
As we explore Mario’s Odyssey, let’s set sail to the fan art first, before delving into Mario Odyssey’s lore and aesthetics.

The inspiration this series has brought artists is legendary. From Oliver Wetter entering the “Bowsette” crazy to Sergio Palomino reimagining Peach’s hair and somehow still making it all work, we present below our superstar roster of Artists who all carry the plumber in their heart and in their Art.

As a series as massive as Mario, different interactions, games, and ideas have been created. Much like the inspiration, the Artlords got from said games, the concept art is made to nail down the final look for characters and game elements. In many ways, this art is what needs to be translated into the games. The inspiration that springs forth the entire franchise. Hover the mouse to read more the pieces and click on them to expand. Most of them come from the newest artbook related to the series, all about Super Mario Odyssey.