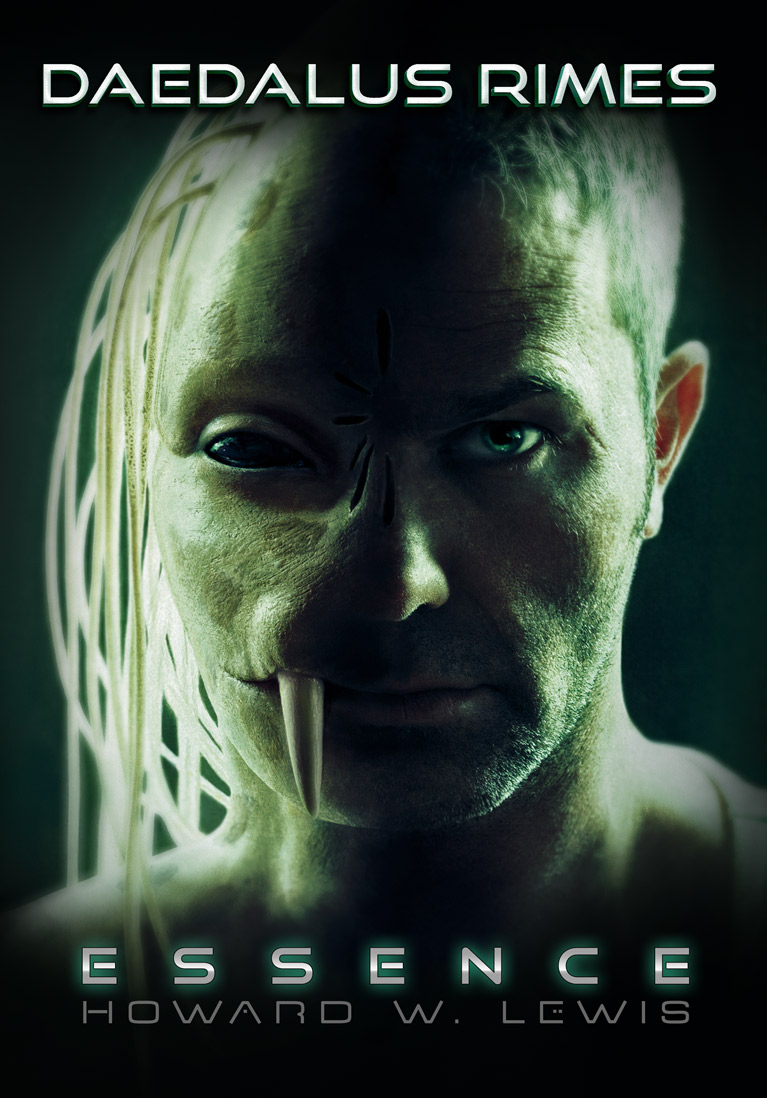 This is by far the biggest project I´ve worked on to date and the most exciting too!

I really enjoyed collaborating directly with the author on this one. The variety of skills required to achieve all this is what makes it huge to me – including 3 cover illustrations, around 90 chapter-art-drawings, graphic-design, photography plus sculpting – and not to forget: the whole art direction!
The cover art and design was done for author Howard W. Lewis whose Science-Fiction Saga takes Alien abduction to a whole new level. If you like Sci-Fi and like Independence day, this story is for you.

You can get the novels on Amazon. Below you see the first two book covers and their process which is previously posted on behance. I´ll showcase book three in more detail below.

Working in book cover design for some years now has taught me many things – most of that knowledge went into this project. A good example is consistency; I was lucky enough to convince Howard to pick a similar color for the covers as also a similar crop of the portraits shown on the front cover.
Book Three was different because Howard wanted the protagonist T.e.e.l.a. to look or pose like one of my Fantasio Girls. Since in the story she were to gather with a group of privateers and pirates, it was easy to imagine a look that matches her story in terms of character design.

Nonetheless I had to define a look and a setting opposed to just doing some characterdesign. The stage, mood and setting had to match the idea for the whole cover art of the saga.

The reference for this pose came from model Gianna Vlachou, photographed by Louis Konstantinou.

Since the background should reflect more of a battle scene, it was more work than previously estimated but not in a bad way, rather in a “lets-make-this-more-awesome” kind of way.

The decision to give her a hood that resemble some kind of soft helmet/pilot helmet or cap was due to her different head shape. When working towards realism in images it is always difficult to display unknown shapes and to give the reader more room for imagination we decided to go with a headdress.

Lighting matters as the differences in the previous versions show.

Final touches in the painting with textures and structured brushes bring surfaces to life.

Above is the final crop of the illustration. Actually, it was intended to show the whole illustration on book three, but since I was able to convince howard to go the consistency-route we had actually two illustrations to use; one for a banner and advertising and another version for the book cover itself.

The Art of “Samurai Showdown”
Cover Showcase – ‘Fifty-Two’
To Top