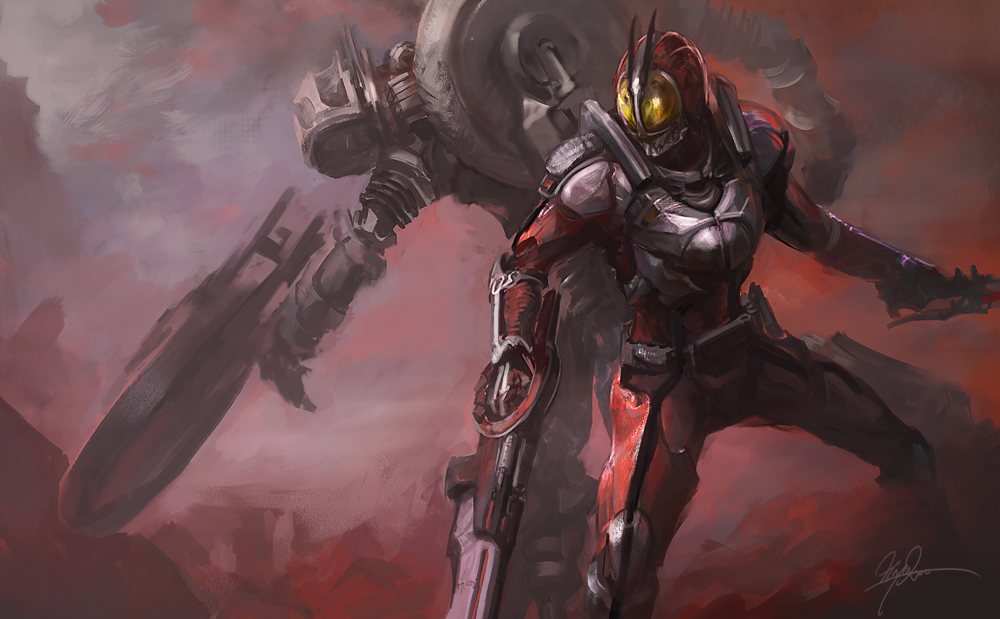 Hayaken is an Illustrator from Japan, who worked on a variety of jobs for Koei Tecmo in their “Warriors” series.  However in this post, we explore his personal work, his work of love:
Tokusatsu illustration!
For the initiated, Tokusatsu is in essence, Japanese movies or live-action series with a Special Effects slant. From Godzilla to Kamen Rider, Hayaken’s creates amazing pieces inspired by said special effects flicks!