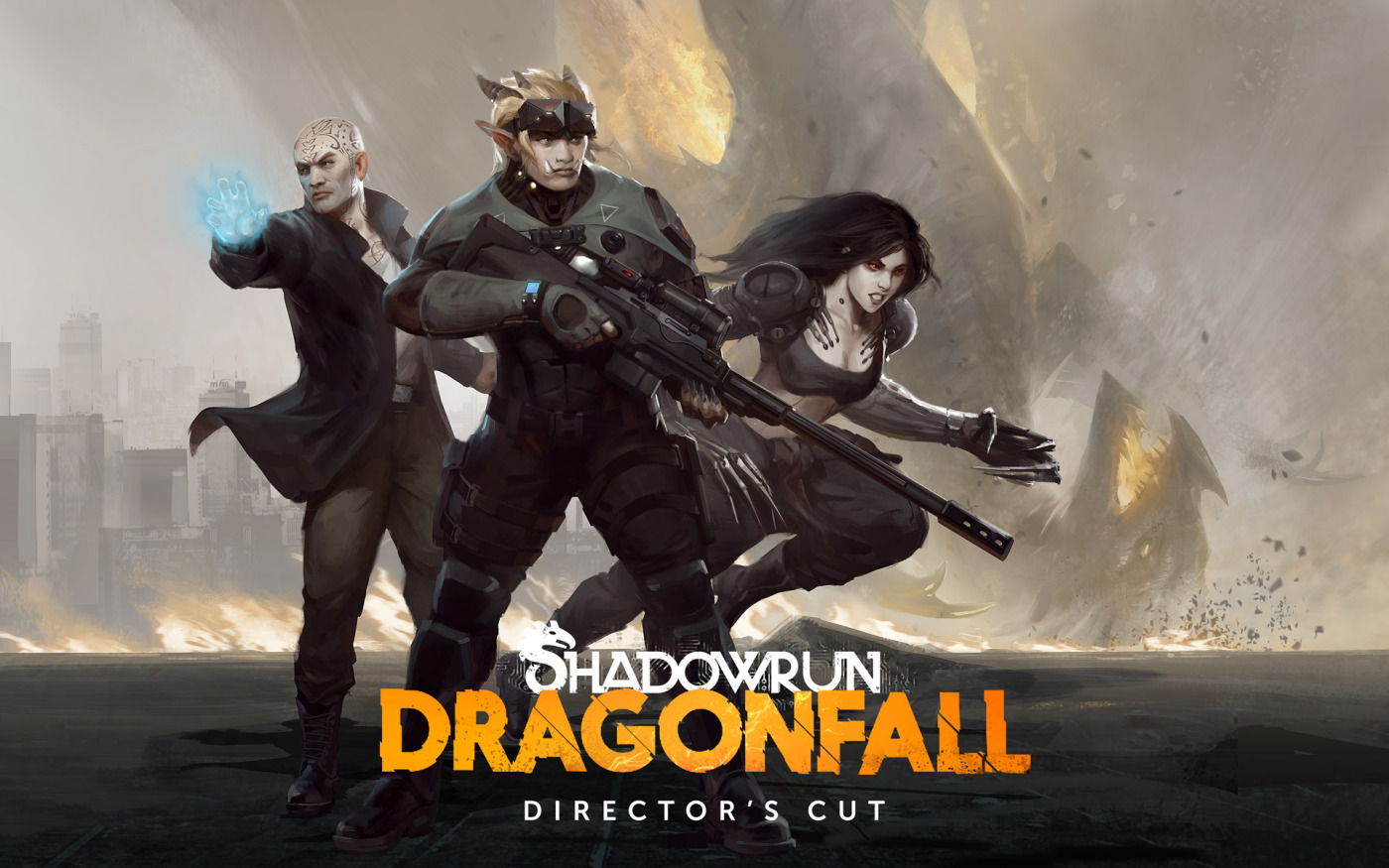 High tech, low life.
Now add some magic, elves, trolls, orcs, and dwarves and what do you get?
Shadowrun!
Around 2013 though, Shadowrun was a relic. Sure, you would see the odd RPG splatbook released here and there to the Fourth Edition to the tabletop RPG game. But as far mainstream penetration or even niche status, the series was much smaller than it was in the past, gone were the Super Nintendo and Genesis days.  But then, a trilogy of video games and a timely release of a new edition shot the franchise in the arm.
Below, we travel the fourth editions through artwork, just to get in a mood. We swear this relates to the Artwork from the games! Remember to click an image to Focus it.

The First and Second Editions of the RPG

The Third and Fourth Edition of the RPG

Mark Zug’s take on Shadowrun still has a bit of the zaniness and colors from the first two editions, yet check how more detailed and high tech they can look. Paul Bonners cover while not as iconic as the original one is pretty damn rad. Notice how 3e still has colors and the 80’s silliness (and I say that with all the love in the world) while also pushing a more “real” and even “Gritty” approach that is fully realized on 4th’s edition artwork, that becomes more serious and a bit less over the top with the colors. Finally, we are also sharing some of the 4th’s edition Japanese artwork because why not?

While the fourth edition was far from dead in 2013, one couldn’t call it “thriving”. This titan of the tabletop was a cult hit at that point in time. Enter, Shadowrun Returns. Not only it was a return to Shadowrun in a video game format, there was also a return to the tabletop game in a Shadowrun Fifth edition. Bellow, we will explore each entry of the trilogy and finally showcase some art from the newest edition.

And just like that, Shadowrun was back in business! Stay tuned for our next post where we explore in depth the art of the fifth edition, the biggest comeback history in a tabletop game, ever.
Bonus things:

That one live-action promo