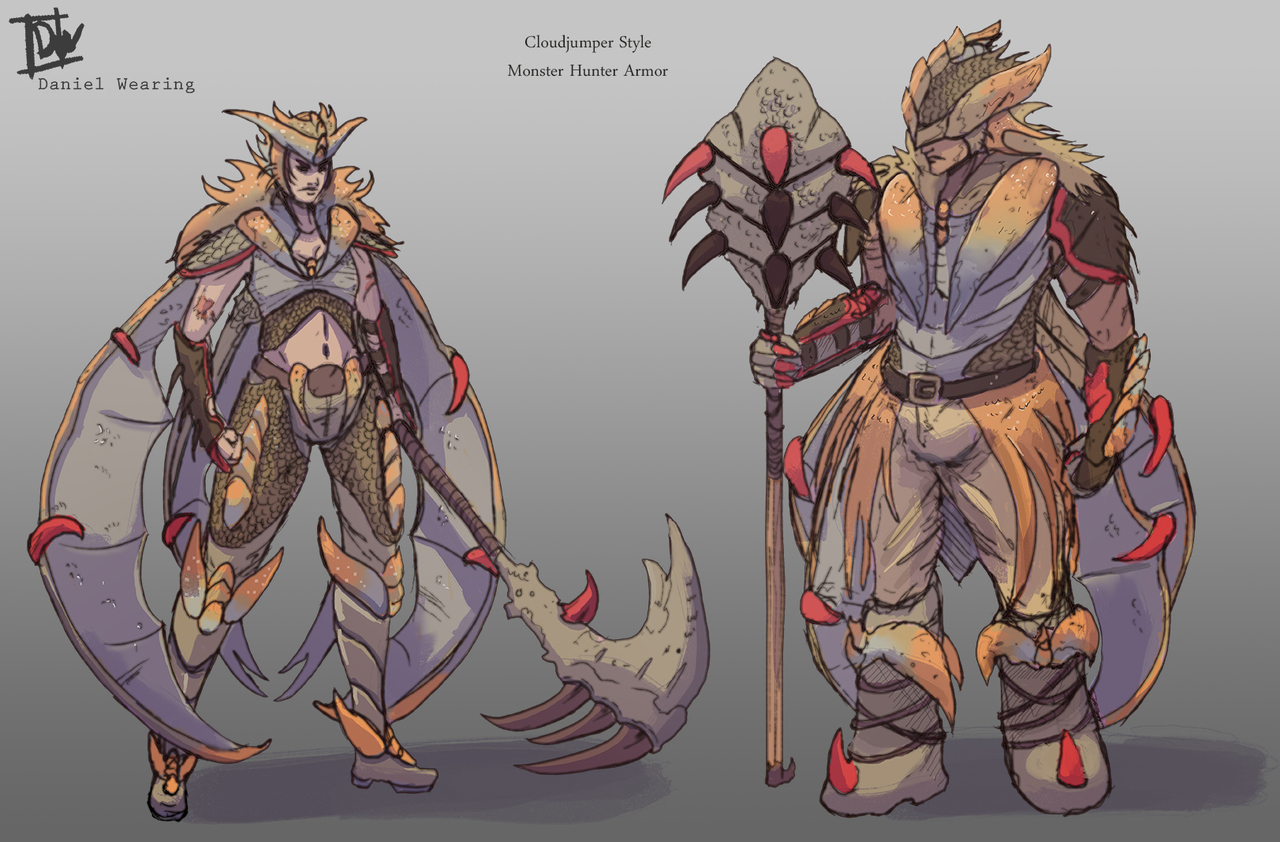 Monster Hunter is a series about becoming better.
It’s about understanding the situation, the problem, the monsters and them throwing yourself at there, the fight lies more within the player and it’s own skill limits than the creatures they hunt.
And for what? What is it to gain from such experience?
Weapons, armor. Not to just get better or stronger – Several people play these games in “naked” runs and the like. No, all these armors and weapons do is expand the player options.
Also, they look cool! Well more than just look cool, they make your character look a bit like the monsters they are facing. Meaning a great deal of care to the world and its fashion has been given to the series.
In this post, we will explore concept art from all over the franchise as we hold the hype up for Monster Hunter World’s PC release. Just click on the image to expand and read all about it!
The monsters and armor sets shown below are all personal favorites of mine.

Pentopia takes the stage – An interview with Yong Hui
How To Recover Corrupted PSD Files?
To Top