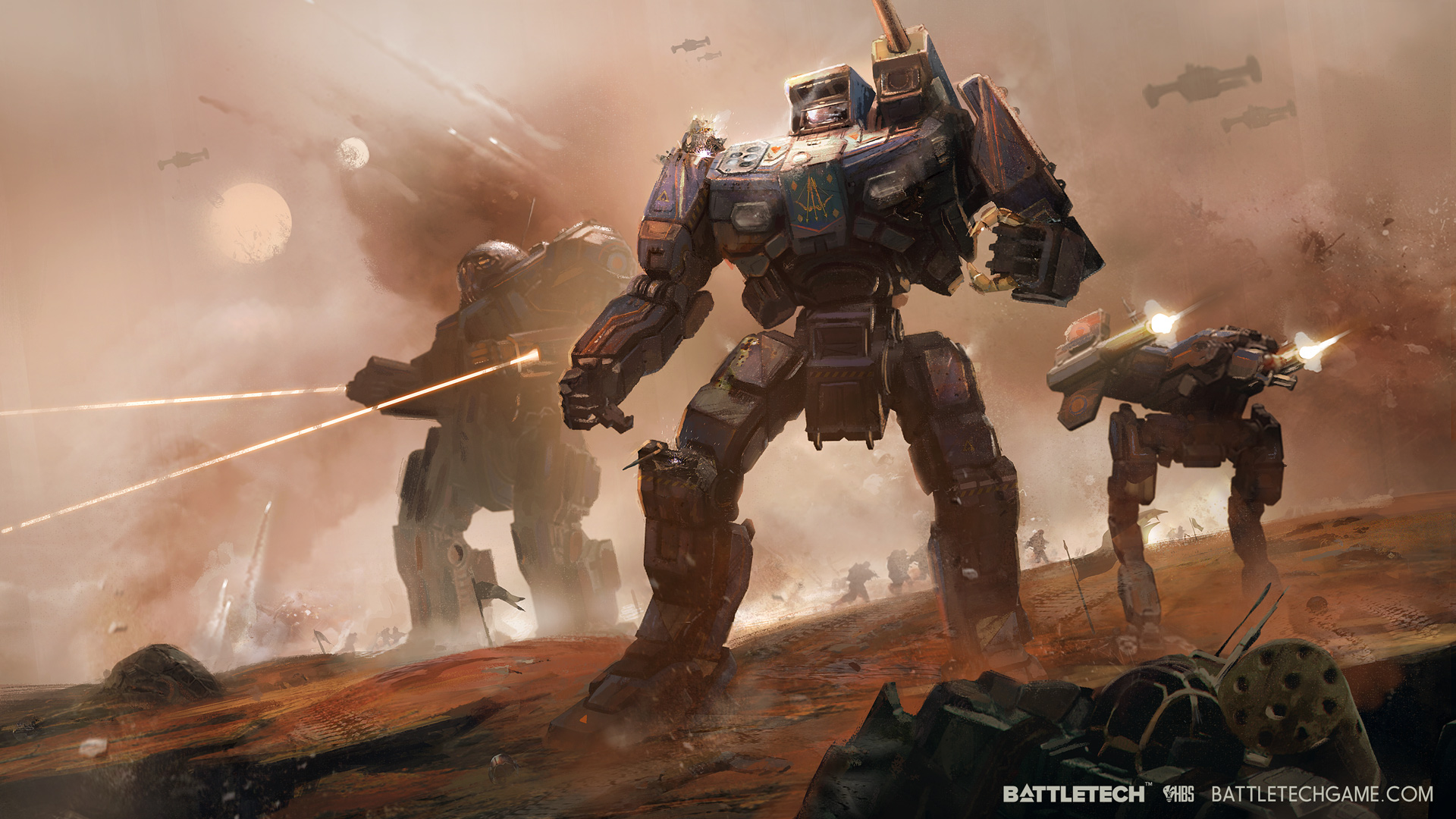 It’s been a while, isn’t it?
Battletech used to be this huge wargame, with several video games, RPG games and even a Saturday morning animation at one point. Very few tabletop games of the 80’s and 90’s could claim the same.
Yet besides Mechwarrior Online (a game that is deeply flawed, yet interesting) the series seemed to be in hibernation. Sure, some new books came out, a whole subsystem for faster tabletop gaming came out after the long and bizarre journey the brand went through (I mean fans are compiling and writing full treatises of what happened with the franchise. And don’t get me started on the video game front) – Said system is perfect for the modern wargamer and tabletop gamer if you ask this humble editor but the original Classic Battletech has endured decades for a reason: It’s a solid game in an interesting universe.

Come this April, the steel titan returns once again. And this time, it seems to be a full-fledged war.
With a new boxed set for newcomers to the game slated to be released later this year (something that is beyond due), the return is heralded by a video game – BATTLETECH

And with that we see a new look for the franchise – A look that started back on “Mechwarrior Online” but it has been refined and embraced as the new leaf for the whole franchise. Feast your eyes bellow (click to expand)
Artwork is created by the awesome team of  Joel DuQue and Jenn Tran!

If any of this got you pumped to free a whole system of tyrants with massive robots with way too much firepower, go grab it! It’s out today, 24th of April!