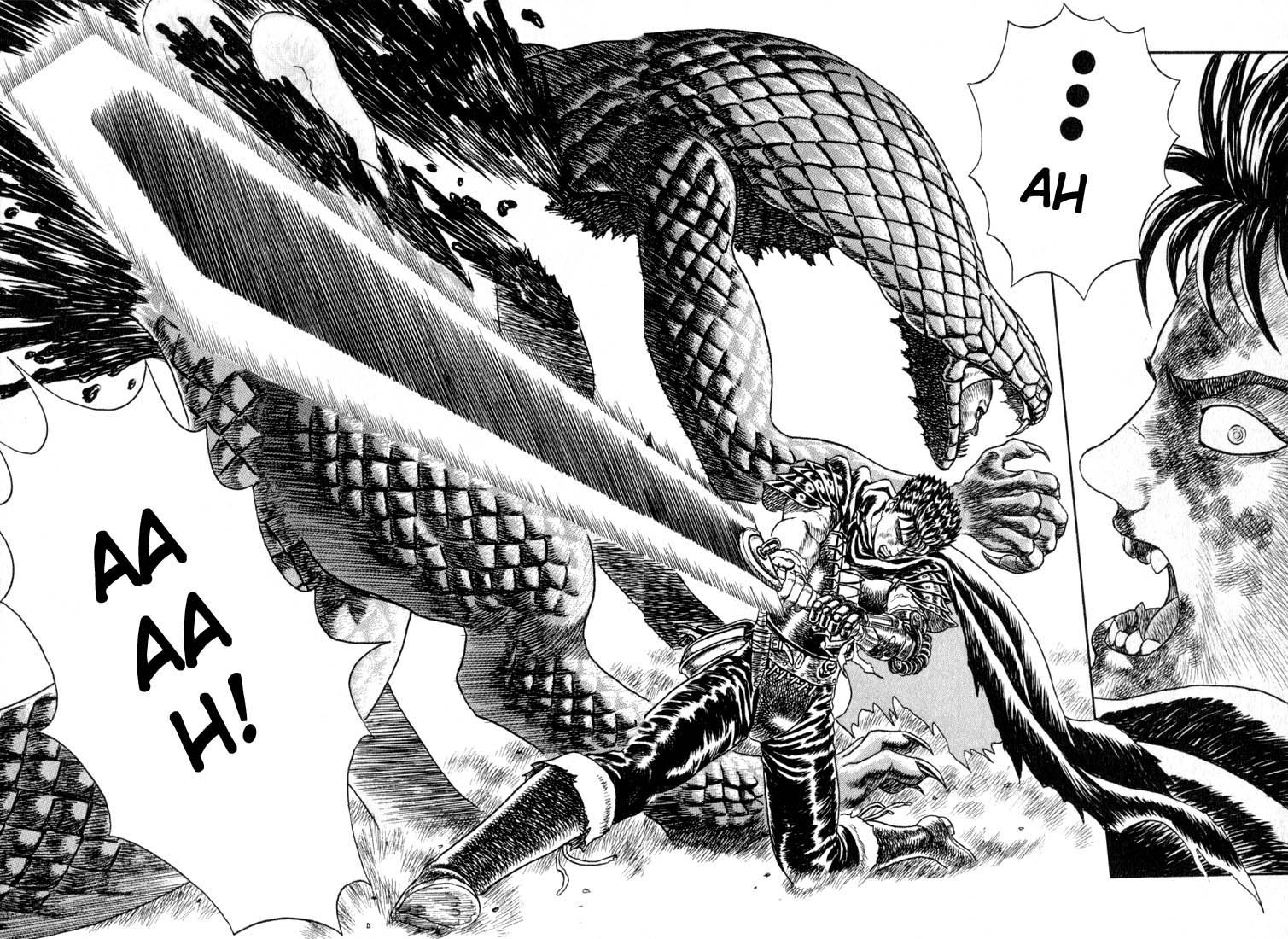 Berserk is at this point in time, a multimedia franchise.
A manga, two anime shows, a trilogy of animated films. It even has several games by now.
Yet there are some people that claim that berserk is unadaptable.

Why would these claims exist if the series has crossed over its original manga roots?
Well, because of the art. We will explore it and perhaps, we can discover what makes it so special that would require extra care before jumping into adaptations.
Welcome, to the Art of “Berserk”.

Without Kentaro, you cannot have the Berserk manga.
It offers a unique blend of inspiration, attention to detail and sheer obsession from this author to see it fully realized. No Miura, no Berserk. Or at least the things that most fans and critics enjoy of Berserk: It’s atmosphere, it’s setting, it’s characters, and the art that fully realizes said concepts.
In an interview with Yukari Fujimoto, from the distant year 2000, Miura was asked about his inspirations (Guin Saga, there how’s that for a summary?) as well his methodology for the crafting of such elaborate pieces of art. Here’s what Miura had to say:

“Miura: The thing is, when you’re just an ordinary manga fan not aiming to become an artist yourself, you get to choose whatever manga you like and read within your own safety zone. When you’re trying to become an artist yourself, though, that’s not wide enough. You won’t make it. So there was a time that I was trying to read as broadly as possible — which there’s a limit to, but I’d try to read basically anything that wasn’t painful to read, anything that people recommended to me, anything that was popular.”

“Miura: The truth is that I sat at my desk drawing manga all the time and seriously lacked personal experience, and I felt insecure about that. Which is why I started thinking that I had better at least absorb as much of the stuff people recommend as possible.”

Miura: Now, here’s the thing about drawing. When we were young and stupid, we used to copy stuff drawn by guys like Yoshikazu Yasuhiko and Fujihiko Hosono and practice drawing mangalike pictures. We were in fine arts, though. We used to have to draw things for class and I was pretty good at it, but I wasn’t very good at manga art. So I wanted to learn how to draw like Fujihiko Hosono, but I also wanted to make use of my realistic drawing abilities. And then meanwhile, I wanted to do an intricate story like Guin Saga, but I also liked how over-the-top Violence Jack was. All of that gradually coalesced into my current art style, I think.

You know how they said on [the TV show] Manga Yawa that I was bad at drawing? They’re absolutely right. Ever since high school, I’ve been trying all sorts of different things to combine being good at drawing reality with being good at drawing manga art. If I were doing a story like Fist of the North Star, I would be able to really concentrate entirely on just drawing well. The manga I want to create, however, has aspects to it that can be downright shojo mangaesque, and I wouldn’t be able to pull that off if I went all-out Fist of the North Star in terms of art. So I have to strike this balance between delicate drama and Fist of the North Star, and after much wrestling with this I finally ended up with my current art style, although I imagine that it will still be subject to change.

To fully understand the author’s art, let’s explore how much of it evolved as the years went by. After all, Berserk started all the way back in 1989, to read Berserk is to experience Kentaro Miura’s evolution. How slowly but surely, becomes this celebrated artist. It’s interesting to see in the interview above that he didn’t consider his art good even back in 2000 – Pair this with the fact that Miura’s art keeps improving as time goes by, it showcases a particular facet of an artist that is not interested in settling in a style, in repetition. Miura aims to improve himself, and with that, improve Berserk. The following excerpts are from random pages of Berserk’s 0, the prototype for the series, created by Miura while he was still in college.

Compare and contrast, with Miura’s recent work (as of February 2018)

Just click the image to expand and see some hand picked Miura work from the Berserk manga.

To read ‘Berserk’ is to read the evolution of one obstinate man who is not satisfied with his art, constantly improving it and trying different ways to immerse it’s audience in its dark fantasy tale.
Even so, we mixed in art that is breathtaking from the very first issue of berserk to the most current one. So allow is to respectfully disagree with this notion that Kentaro Miura art wasn’t that good since the beginning.

It just kept getting better.