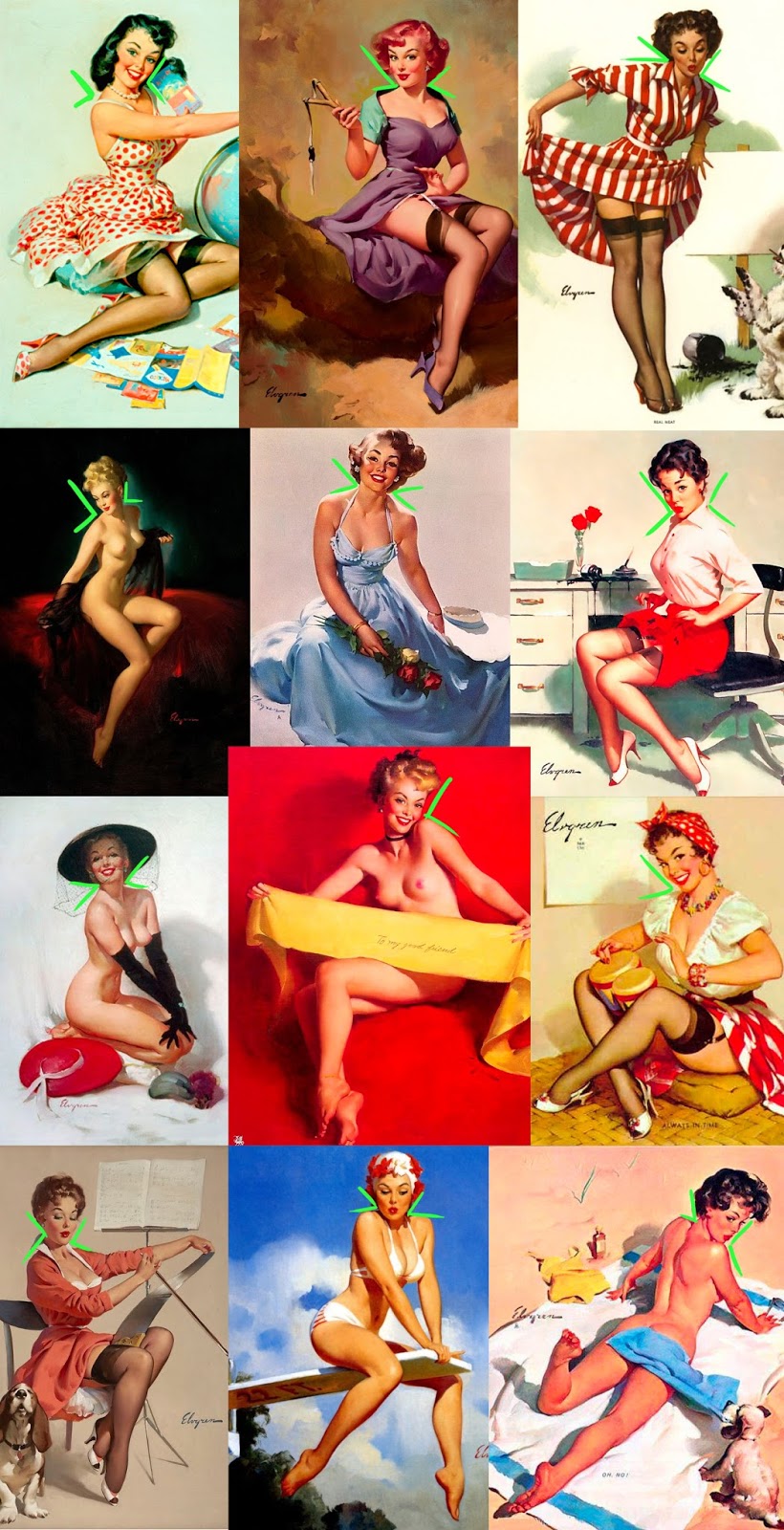 One of the best and most established methods to get better as an artist is to do master-copies. The renaissance masters have done this themselves, often 10 years before they were allowed to create their own masterful compositions.

This concept never appeared as sufficient to me since skill and craftsmanship is nothing without a strong vision. But how do you enforce such a great vision? What separates a boring concept from an appealing one?

There are many factors to consider, most of them have to do with composition.

One approach I followed is to create hand-painted-inceptionism. I coined that term since inceptionismis already attributed to art that is created by the google Neuronal Networks that converts existing images into trippy images.

My approach is to grab a masterpiece and paint something in there that was not there but looks as if it could have been.

The pinup based work is different, here the paintings are completely re-painted. But instead of copying, the model is replaced by a modern pop-culture icon.
By doing so I wanted to learn from his stroke, but ultimately I learned so much more.

Negative Space
First off, it seems relatively clear that much like the old masters, Elvgren put his work inside the golden mean. Below is an illustration of his, called “puppy love”, that matches the exact frame of the Root Phi Rectangle with a Major Area Division. In the picture below, 5 lines are already locked in place. Even the eyes are based parallel to the “baroque” diagonal line towards the upper left. This is no coincidence. If broken down further, 6 more points and lines can be locked in.

When observing his work further, it appears that he must have used phi rectangles to create the perfect amount of negative space. In the piece below you see my unfinished cover version with a different rectangle and ratio and as you can see the negative space that occurs is nearly unbearable. The image feels like something is missing even if the subject is pretty similar from the pose.

Digging deeper into his biography, it becomes clear that advertising was his life and the vast amounts of negative space was created for the sole purpose of being filled with typography or other design elements.
He has mastered the space area around his subjects in a way that his works never looked empty.

Another intriguing element of design he uses was to incorporate various kinds of arrows that pointed towards the neck or head of his models. Actually he used a lot of arrows, on the legs, the waist,etc. but the arrows on the head are often twice as strong to make sure you visit that area again and look at her smile. Such a genius!

Sure, you might say, these arrows do happen even in snapshots, I agree. But it is design if you point it out with good contrasts or perspective. A good artist uses shapes that are easy to read. Below are some examples of his collar-arrows as I call them. This design element can be found in many more of his work. Mostly 45° degree or less, the smaller the degree the better it seems. 90° might be perceived as rather boring in his compositions.

The “X” files:
Not convinced that Elvgren was a design master? He uses the “X”-shape fairly often as used in the fashion industry to create more interest:

Unlike the artistic decoration with the same name, I stumbled about this term first on Adam Marelli´s blog and by reading through Tavis Leaf Glover´s 365 project – and with that about another design-element-cousin this very name describes:

The Arabesque is another design element which stems from the Law of Continuity (a Gestalt Psychology principle). In short: a beautiful curve depicted through contrast leads the eye better through an image. With pinup art this is fairly simple, but so many still fail at it.

Below is a nice collection of Elvgren´s noteworthy examples.

He uses a variety of design elements to create his work, one of the most simple and timeless forms is the diagonal. Shaping a dominant diagonal is the key but creating one without making the subject appear stiff is the challenge.

The results of my study

My work based on Gil Elvgren´s work does not come even close to his perfection but that is not what I wanted to achieve from this unasked mentorship. I learned a lot about his brushstrokes. I also learned to work with the design principles to overcome obstacles since different characters required from me to change the whole composition. Sometimes through a different shape, sometimes with contrast or color. By just copying an image I would never have come this far in understanding his precious legacy.

In addition to that priceless lectures I, developed personally from taking 45-60 hours on that very first babydoll mashup below to around 11-15 hours a painting, by keeping nearly the same quality.

The biggest takeaway and hopefully an inspiration to others, is the very fact, that this way of learning is insanely fun!

If you want to read more about composition to boost your own work, I started a series of short e-books 15-20 pages each covering all these principles stated above and more. Right now it is up on patreon only but in a few days it will be available on Gumroad. (Link: will be added then)