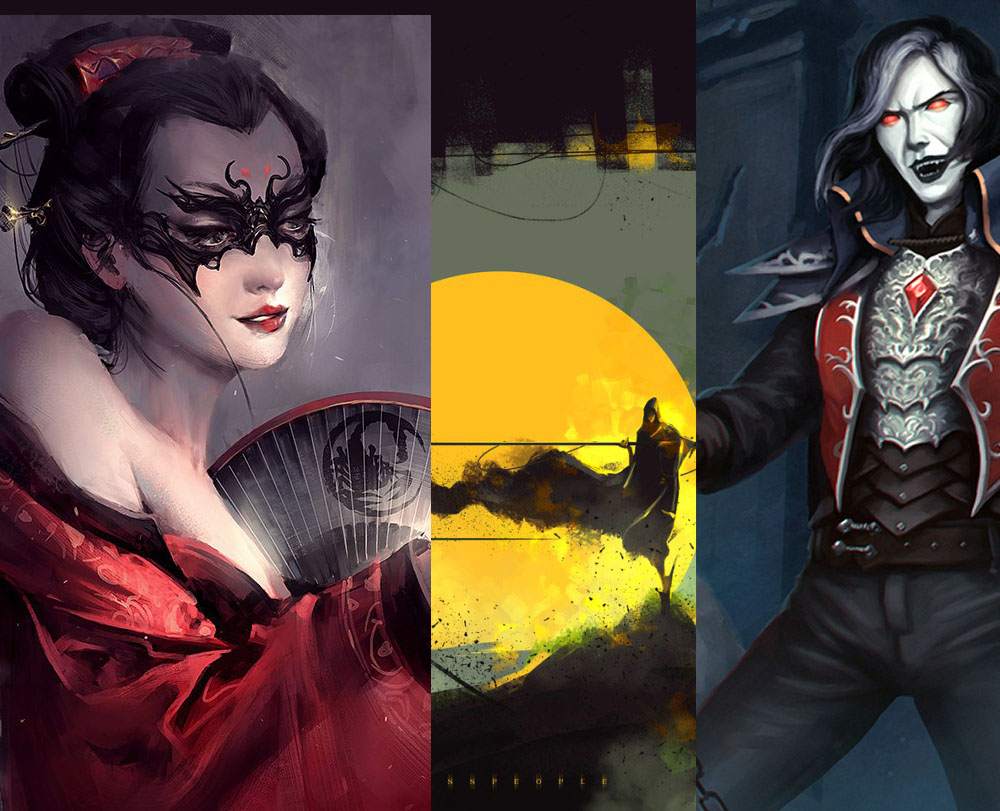 nother year has passed, but the Artlord oath still stands.
We wish to present to you the very best that digital art has to offer.
In 2017 we explored the art in full-blown projects believing that seeing the completed work would make the effort and hard work apparent for all.
But also in 2017, we exposed Digital Art just like we always do.

So I welcome you, dear reader. To the most popular posts of 2017!

“As the season 7 of Game of Thrones rolls on (even if it’s on the short side), we from the Artlords team await anxiously for the concept art for season 7 to pop in the web. As we wait, we are looking back at the art that helped make the TV series that much greater. If you are into Game of Thrones and digital artwork, check our previous post with some fan art showcase. There are tons of spoilers here for season 6 – You have been warned.”

“Gods and Deities in Dungeon & Dragons are always an important part of any setting. Be it Forgotten Realms and their army of deities or the mysterious and silent divine beings from Eberron, they help to shape the culture and rituals of these fantasy societies. In this post, we will explore 7 new concepts for deities you can use on your homebrew or just plop down Forgotten Realms, the base setting for D&D 5e.”

“The “West” has been influenced by anime for years when it comes to Mecha – Just a gander at how Battletech took Macross (Robotech) designs and created a fully unique, militaristic setting for them to live in. In this post, we explore some of the mech designs shared here in Artlords by artists all around the world.”

“Today we delve into Hector Ruiz’s cyberpunk dystopia.
These Daft Punk-Esque helmets and the use of colors transports me to another world. One where the music is great, life is cheap and the bouncers were some sick nasty helmets.”

“And today I look back two years ago, back when the Artlords blog was just starting.
One of our most popular blog posts was a showcase from the Brainstorm Challenge that asked artists to redesign Evangelion characters.
One that stepped up to the challenge was Asher Ben!
From all the entries, these three are my favorites. They are very different from the original and while you can clearly see the inspiration from the popular anime,”

“Last time we mentioned Shadowrun here in Artlords was to celebrate Shadowrun: Anarchy release with a character gallery to get you runners in the mood for the game.
That was in November of 2016, here in 2017 we wish to revisit the concept and explore four distinct character concepts for you to use as NPCs, PCs or just push you into being inspired by digital artwork to create cyberpunk characters. These concepts are all based on Berlin runners. A group that calls themselves “Alte Schule”.”

Monte Cook is a game designer enveloped by the quirk, the weird.
From the weird and strange take on World of Darkness to his arcane D&D 3.5 designs that purposely made the game unbalanced to punish players and force them to get better at it, to just the bizarre nature of the setting of his Numenera game.

3. Blood in the Moon

The ‘Vampire’ archetype will always be synonymous with horror.
The idea of an undead creature that can live forever, masquerade as a human, with several nefarious powers is an attractive idea that has inspired artists time and time again. In a bloody flash, we will showcase bellow our favorite depictions of the concept.

2. New Leaf in Legend of the Five Rings

“Legend of the Five Rings is an old card game/rpg that has refused to die as time marches on.
We just had the card game make a resurgence, ‘resurrected’ by Fantasy Flight Games as a Living Card Game.
And now, business is starting to pick up as the RPG open beta test rolls on.

As a long time fan, the changes to the card game and RPG have made me worried. The new systems seem interesting, even unique in certain ways (even if the RPG game is close to Fantasy Flight Game more recent games) but they are not exactly an evolution of the past games, more like a revolution.
As I still worry for the future of my beloved game, there is one light at the end of this tunnel, something that I can be sure that will be high quality and that will elevate Legend of the Five Rings into a new era.”

Each and every one artist has several worlds inside their mind. They share these worlds through their techniques and art.
What if we take a piece of said worlds, and mold it into a shared story? What if we turn them into honest to goodness, D&D adventure hooks? Let’s find out together.