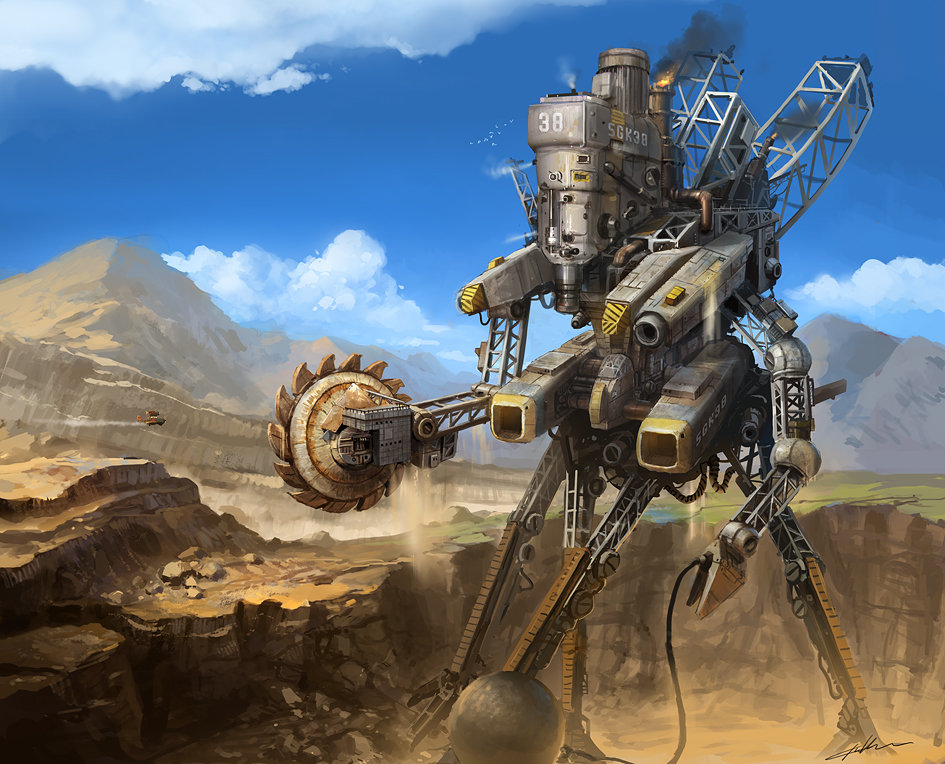 Creators of quirky, strange and downright insane games, “Grashopper Manafacture” is probably know as “that game company that has Suda51 making games for”. And honestly, with entries like ‘Killer 7’ (their debut title) and the ‘No More Heroes’ franchise, you’d be hard-pressed not to remember them as just that. The legendary developer is indeed the CEO, the mand behind every shot and strange game come from said company. It’s no wonder most of the energy dedicated to showcasing Grashopper Manafacture’s games lies in the directorial power that Suda51 brings to any game he is involved.
However, video game development is usually not the work nor the vision of a single director, as influential as Suda51 is often portrayed.
We from the Artlords community wishes to bring forth the art of Tony Holmsten, an illustrator, concept artist and level designer who worked on “Killer is Dead” and “Sine Mora”.

In a counterpoint from Sine Mora’s realistic design that clashes with its arcade-like gameplay, Killer is Dead, also illustrated and with some design work done by Tony Holmsten

To support Grasshopper Manafacture, Tony Holmsten and Artlords, consider purchasing these games and experiencing the Digital art for yourself: (Just click the cover!)