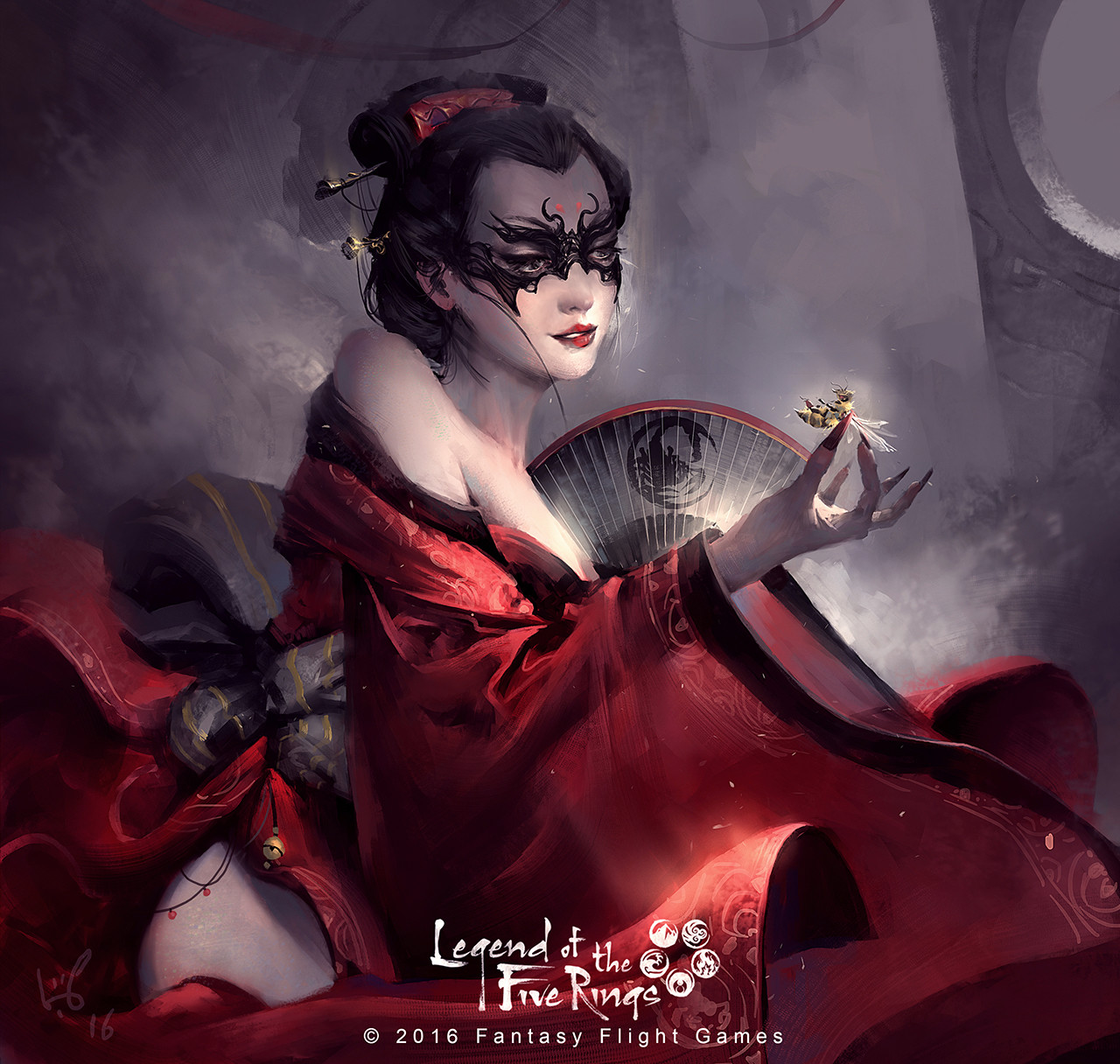 Legend of the Five Rings is an old card game/rpg that has refused to die as time marches on.
We just had the card game make a resurgence, ‘resurrected’ by Fantasy Flight Games as a Living Card Game.
And now, business is starting to pick up as the RPG open beta test rolls on.

As a long time fan, the changes to the card game and RPG have made me worried. The new systems seem interesting, even unique in certain ways (even if the RPG game is close to Fantasy Flight Game more recent games) but they are not exactly an evolution of the past games, more like a revolution.
As I still worry for the future of my beloved game, there is one light at the end of this tunnel, something that I can be sure that will be high quality and that will elevate Legend of the Five Rings into a new era.
And that is The Art.

Le Vuong’s Designs
Vuong is an artlords constant. His work is always highly detailed, with interesting colors and the way he crafts shapes makes you lose yourself in his character based art.
With his Legend of the Five Rings work, this is no different.

This piece was one of Togashi Yokuni’s representations in the setting. I’ve always adored this piece, the glowy eyes, the green hue of the composition, the scales and shoulder pads. It made you think of a “Dragon” – Which is appropriate since that’s the human form of a Dragon creature after all!

The new art still evokes the Dragon Motif, this time contrasting the green with gold a bit more. Yokuni’s muscles are less exaggerated, yet his weapons seem sleeker, longer. The dragon claws sell me on this piece even more than Wilson’s incredible original.
Vuong didn’t stop at the Dragon clan, however.

This is but a sample of his work for the new edition of the game. Let us hope the RPG game and more cards are illustrated by Le Vuong, as well other talented artists.
Let this be a beautiful resurgence for the game that won`t die.