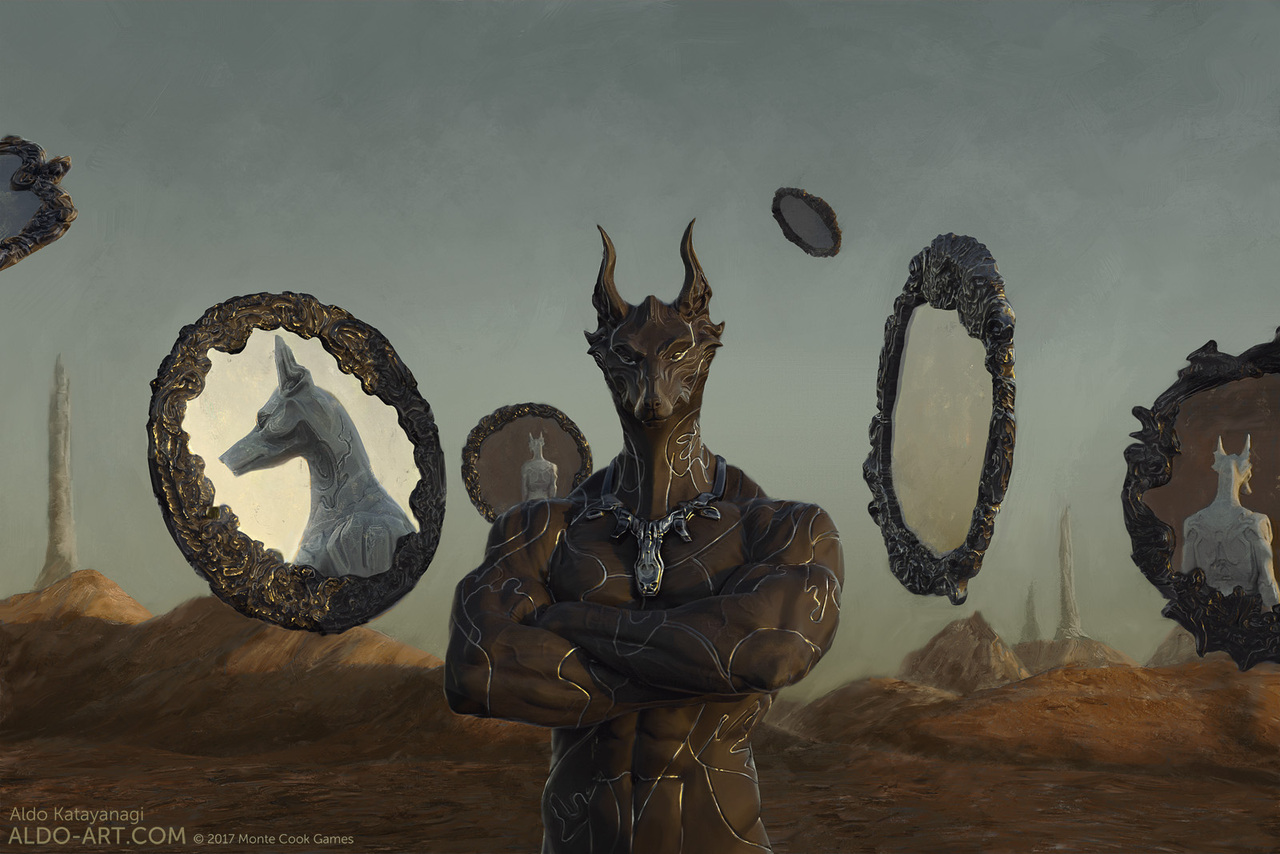 Monte Cook is a game designer enveloped by the quirk, the weird.
From the weird and strange take on World of Darkness to his arcane D&D 3.5 designs that purposely made the game unbalanced to punish players and force them to get better at it, to just the bizarre nature of the setting of his Numenera game.

However, his newest project is something else, from both a setting perspective and design perspective. Cook is trying to change how we play RPGs by adding a layer to the game that runs between sessions, as well smaller sessions focused on individual characters and even how we buy RPGs, encouraging players to share the burden of the price, while putting in the box much more components one would expect for a rpg game. This is a game we are keeping our eyes on because it sounds pretty freaking insane no matter how we look at it.

However, we are not here to simply muse about Invisible Sun’s unique changes to the RPG formula. We are here to appreciate it’s crazy art. So here we go!

Aldo Katayanagi’s perfect match
We have already showcased Katayanagi’s world-famous bizarre style. So it was a pleasant surprise to see his work in the world crafted by Monte Cook games. As you are going to see, his style is a perfect match.