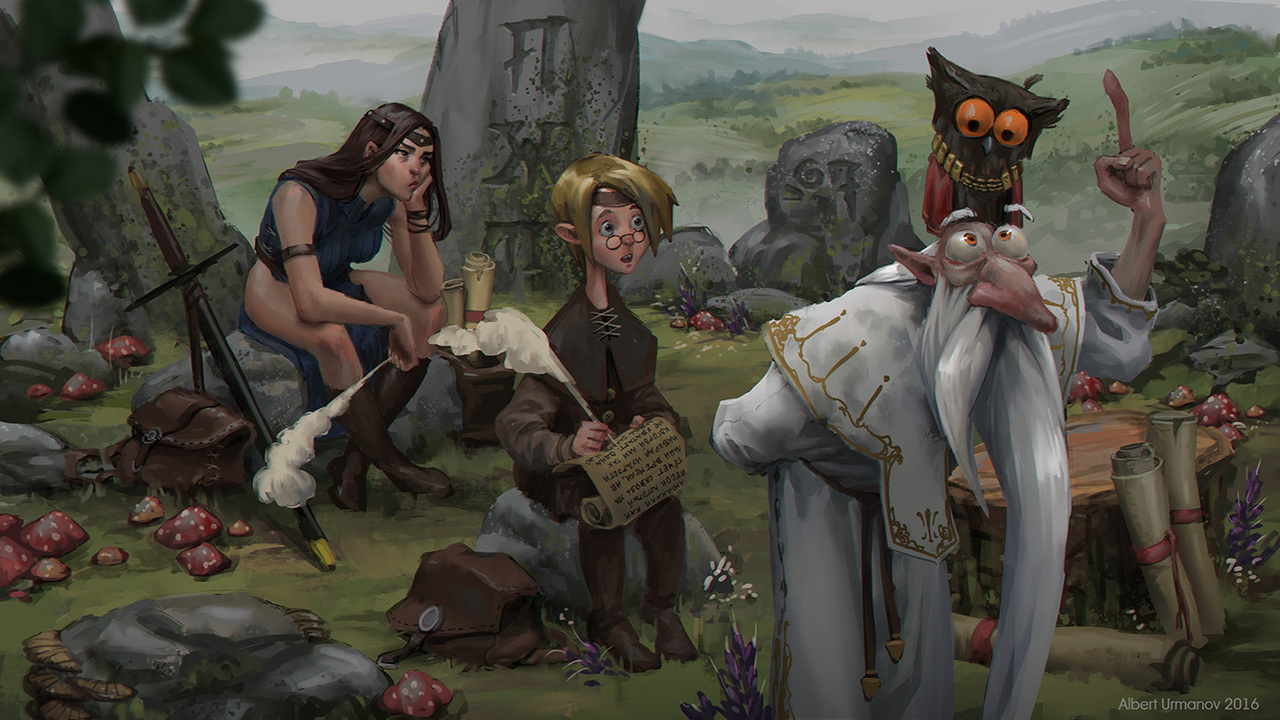 In 2016, our blog initiative started. And we reached highs we were not expecting, all things considered, we carved a place for ourselves in the web. Built in the shoulders of the most varied fandom, the following 10 blog posts were the most popular ones. It’s thanks to these that we managed to reach the heights we are in today.

The showcase of colorful characters for the tabletop game “Shadowrun Anarchy” really excited the players of said game. Check it out if want to see cool looking cyborgs mixed with fantasy creatures.

These new interpretations of old comic book characters are in deep look at our favorite redesigns. We are confident you will find at least one to rave on about too.

Still talking about redesigns, this post was made in early 2016 yet it was quite popular. It seems Evangelion is still a crowd pleaser even after all these years.

Albert Urmanov’s series of fantasy art was one of the highlights of the year and our most viewed weekly spotlight is proof of that. You need to check his work if you haven’t already!

A gallery of fanart for the then upcoming “Pokemon Sun and Moon” video games. People were excited for that one!

If Pokemon were real

At the start of the year, even before Pokémon Go released, Hunter Baugh decided to showcase the art of Sergio Palomino. It was quite the hit, and i attribute the success to Bulbasaur eyes. I mean look at them:

August was a pretty big month for us, as you can see for this post a wide variety of styles were posted on the website around that time. This post is what Artlords is all about: Art from around the world, each being special in it’s on unique way.

I still remember that when we posted this article over D&D’s subreddit there were complaints about how “Despite the title, they share artwork for all the classes, not just their favorites”. The reason for that is that we love all classes from D&D!

Our most popular post to date, in this one Jamie McCall start seeing gods everywhere in the website, reimagining the gods into new artwork.

Celebrating 30 years of Legend of Zelda

It was a blast to pick out our favorite bits of The Legend of Zelda art to commemorate the 25 years of the franchise, and the audience responded really well to this. Part of the current wave of blog posts from the “Art of” series had inspiration by this type of post.

And that was our favorite blog posts from 2016. We beyond the half way point for 2017 – More favorites to come soon!