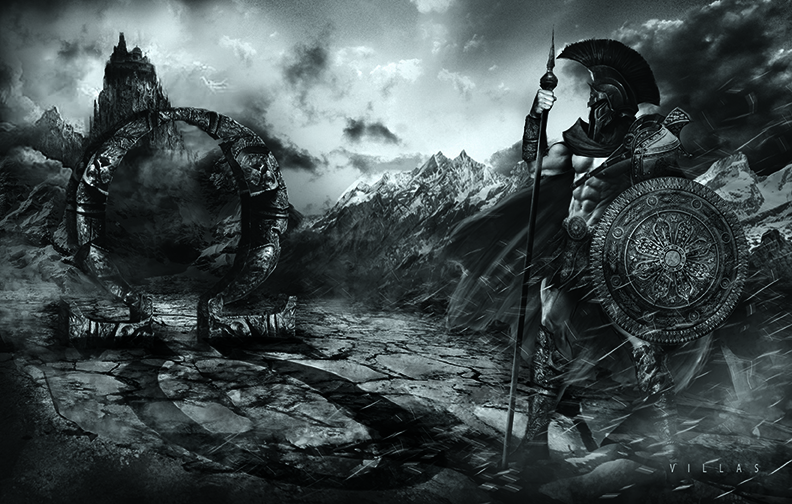 Back in 2016, we published a post that showcased gods and mythological figures with modern character design. Now, we look at what gods have sparked the creativity within these artists. Welcome to our Mythological Showcase.

This modern take on Hephaestus does not emphasize the god’s deformity, but instead puts forth a manly and gruff design.

This gold and green depiction of Diana, the greek goddess of the hunt, is just one of the many awesome female portraits Sabbas Apterus is known for.

The elephant like god Ganesha‘s holy wisdom is captured in the gentle colors of Kasey May, a match made in heaven.

This black and white model of the Greek God of war Ares captures the ruin in his wake.

I’ll let Mrsseclipse present this goddess to you:
“Mora or Marzanna is a Baltic and Slavic goddess associated with seasonal rites based on the idea of death and rebirth of nature. She is associated with death, winter, and nightmares.”

Lana is the Slavic goddess of hunting, traps, wisdom and marriage. She is also a cutie when draw by Mrsseclipse.

Jishnu Nadwana created artwork for the game Smite‘s golden skins. This one is Artemis, greek goddess of the hunt.

Another one of Vishnu Nadwana‘s pieces is this portrait of Athena, the goddess of wisdom, craft, and war.

Two for one! Demeter, Greek goddess of harvest and culture, and Persephone, harvest goddess and daughter of Zeus, side by side.

Forrest Imel put together his interpretation of the devious nordic god, Loki. This design comes from the game Smite.

Jishnu‘s  gave us this marvelous version of Kali, the Hindu goddess, for the game Smite!

This sexy take on the goddess of love and fertility Freya leaves us speechless. It’s just too much!

And we finish this showcase with official Smite artwork from the granddaddy of the greeks, Zeus! Andy Timm, whom I have a shrine of in my room, is one of Smite’s official artists. Make sure check out his profile for even more Gods!