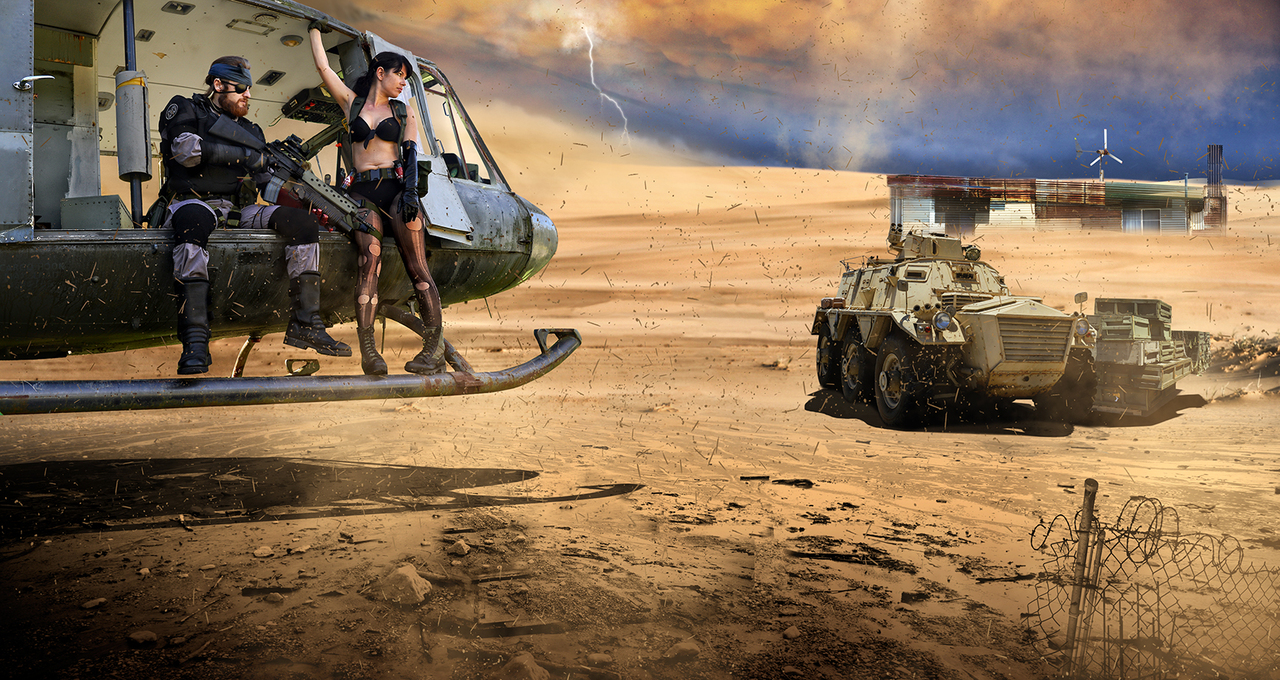 ”Snake… Why are we still here… Just to suffer? Every night, I can feel my leg, and my arm… and even my fingers… The body I’ve lost… and the comrades I’ve lost… It won’t stop hurting like they’re all still there… You feel it too, don’t you? I’m the one who got caught up with Cipher, a group above nations, even the US, and I was the parasite below, feeding off Zero’s power… They came after you in Cyprus, then Afghanistan. Cipher just… keeps growing, swallowing everything in its path, getting bigger and bigger. Who knows how big now… Boss… I’m gonna make ‘em give back our past… Take back everything that we’ve lost. And I won’t rest… until we do. Our new Mother Base. I don’t know how long it’ll take, but I’ll make it bigger… better than before… Boss…” [The helicopter lands at Mother Base] ”Things have changed, Boss. We pull in money, recruits, just to combat Cipher. Rubbing our noses in bloody battlefield dirt, all for revenge. The world calls for wetwork, and we answer. No greater good, no just cause. Cipher sent us to hell… But we’re going even deeper” [Snake talks] ”I know… I’m already a demon. Heaven’s not my kind of place anyway.” [Kaz resumes] ”Dogs of war, for nine whole years. That ends today. Now you’re not sleeping, and we’re not junkyard hounds… We’re diamond dogs.” [Kaz gets interrupted and laid out on a gurney] [Kaz sits back up] ”We can crush Cipher, Boss. And you can build the army that can do it.” [Snake talks] ”Just one thing, Kaz… This isn’t about the past… We’re fighting for the future.” – Miller’s “Why we are still here“ speech.

We are pleased to present our new series here over Artlords where we will showcase the concept and fan art of popular video games.
This month, it’s all about Metal Gear Solid V, the latest installment from the classic “Metal Gear”franchise. There have been many games—around 9 or 10 depending if you are counting enhanced ports or not—and that is if you are counting the main series.
Within this wealth games, there is a constant, a particular style from one person who embodies the look and feel of the series. This constant is Yoji Shinkawa, a character designer that created the unique designs for all these complicated projects.

It’s hard to talk much about his career without mentioning Konami or even the Metal Gear Solid series. Upon graduating from Kyoto Seika University, he got started over at Konami as a game developer, and moved as art direction for the Metal Gear series around Metal Gear Solid. He even worked as art director for some of the spin offs as well. The most notable thing about his art (outside of looking unique and functional) is his ability to blend analogic methods with digital ones using Adobe Photoshop and Corel Painter according to “The Art of Metal Gear Solid“.

His influences range from Yoshiaki Amano to Frank Miller, and you can see a bit of said influences on his style as depicted on his conceptual works for Metal Gear Solid V.

See you readers on the next “Art Of”! Until then, here is some fanart from the series. Click to know more about the author.