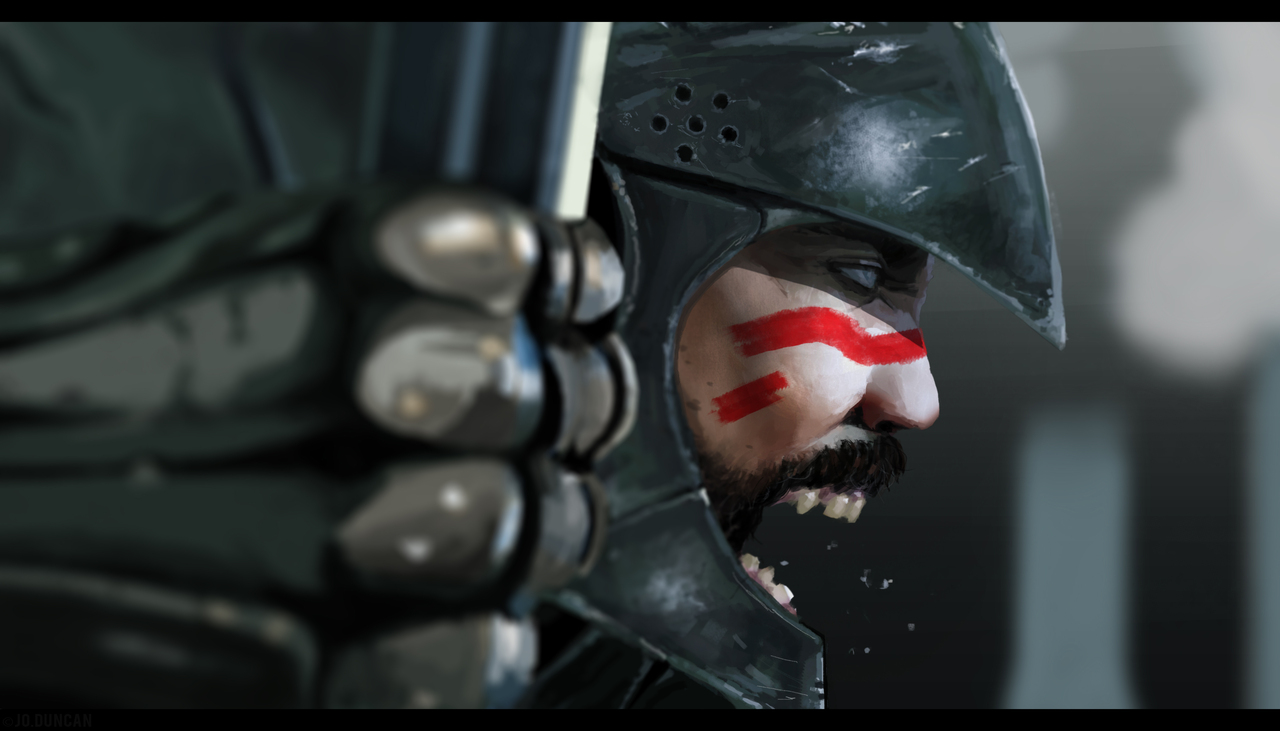 What is a fighter?

Swordsmen, vikings, fully armored knights, and anyone who knows that the pointy end of the sword goes is for piercing his or her enemy would classify as a fighter!
Because it is such a basic archetype, the fighter is a classic RPG concept. Don’t be mistaken though. Although the fighter is a basic class, fighters are totally badass. The Fighter is cool and effective.
This post is dedicated entirely to characters who have martial aptitude, ranging from a very diverse cast of artists and character designs.
Use these for character portraits in your RPG!