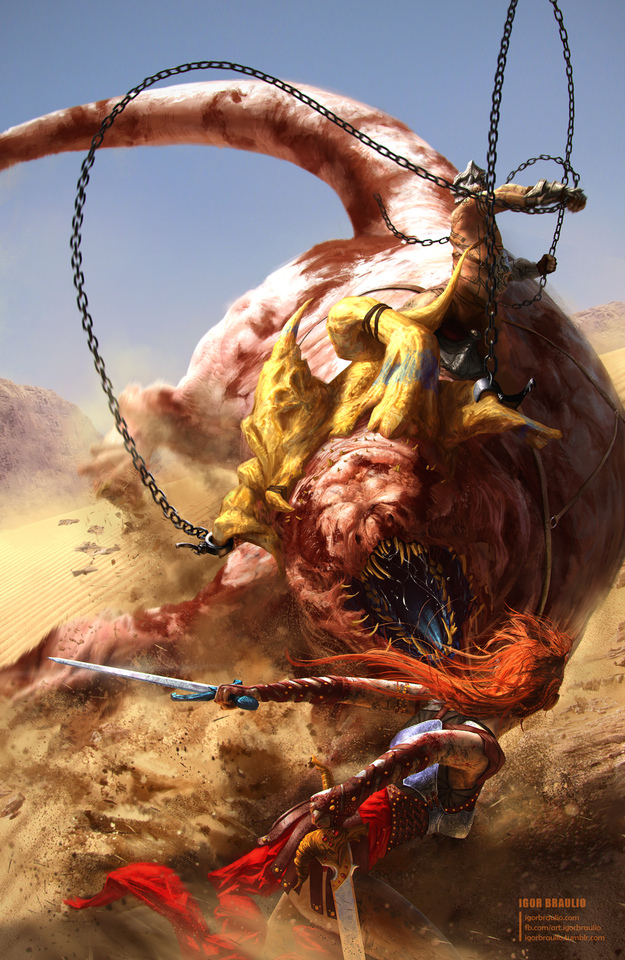 We received tons of love and views for the Vol 1 of Action Packed Artwork (which you can check here) and so we made sure to expand the concept with a second volume! This second gallery is a showcase of those pieces that make us wish to see what happens next. They’re intense,  fierce, and action packed! Grab tight, because this time we are revisiting the concept, stronger, faster and bigger than ever!

A confrontation between an angelic force and a demonic entity! In this Rastislav piece, the angel-like being is ready to dive into battle.

That undead minion felt his wrath! A piece in the similar style of the first, both by Rastislav.

A creature rider, grasps his chains, trying to change course and cautch the swordswoman, who nimbly dodges his creature. Intense.

Amidst a laser barrage, the ship tries to escape.

Canon fire cuts the escape route for this ship!

In this Tiago Silvério piece, we see a more direct approach to ship combat – Boarding!

Enchanted Gauntlet vs. A Really Big Axe! Who is coming out on top?

The aliens are coming! Run for your life!

The poses for the Star Fox’s characters for this one seems to be inspired by the “Super Smash Bros.” series.

Say what you will about Jupiter Ascending, this official concept artwork by Kuciara puts you right into the action.

The Console War, realized in digital art. Xbox One advances towards Sony’s HQ.

Welcome to Armadon, home of high-speed chases and laser beams.

The killing machine scans the area, the runner clenches her right fist. Hell is about to start.