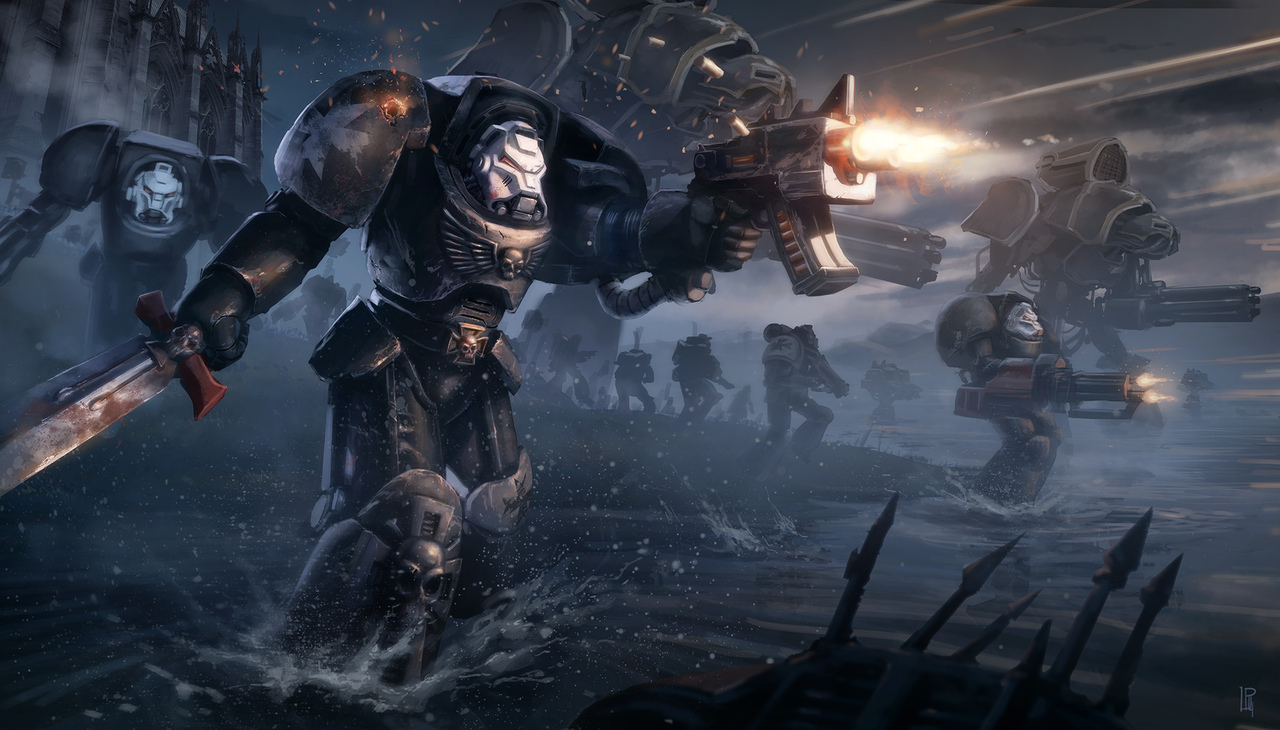 The Emperor on the Golden Throne managed to send a message to the warp.

The Psykers guarded that arcane secret well. But today, no more secrets. The bloodiest, most cruel regime in Mankind’s history opens it’s art vault for all to see.
We got the Emperor Finest, the terrible Xeno, the heretical Chaos worshippers and I think we saw one or two Eldar in there as well.

Either way, put on your power armor, we are knee deep in art from now on.
Because remember:
In the Grim Darkness of the far future, there is only art