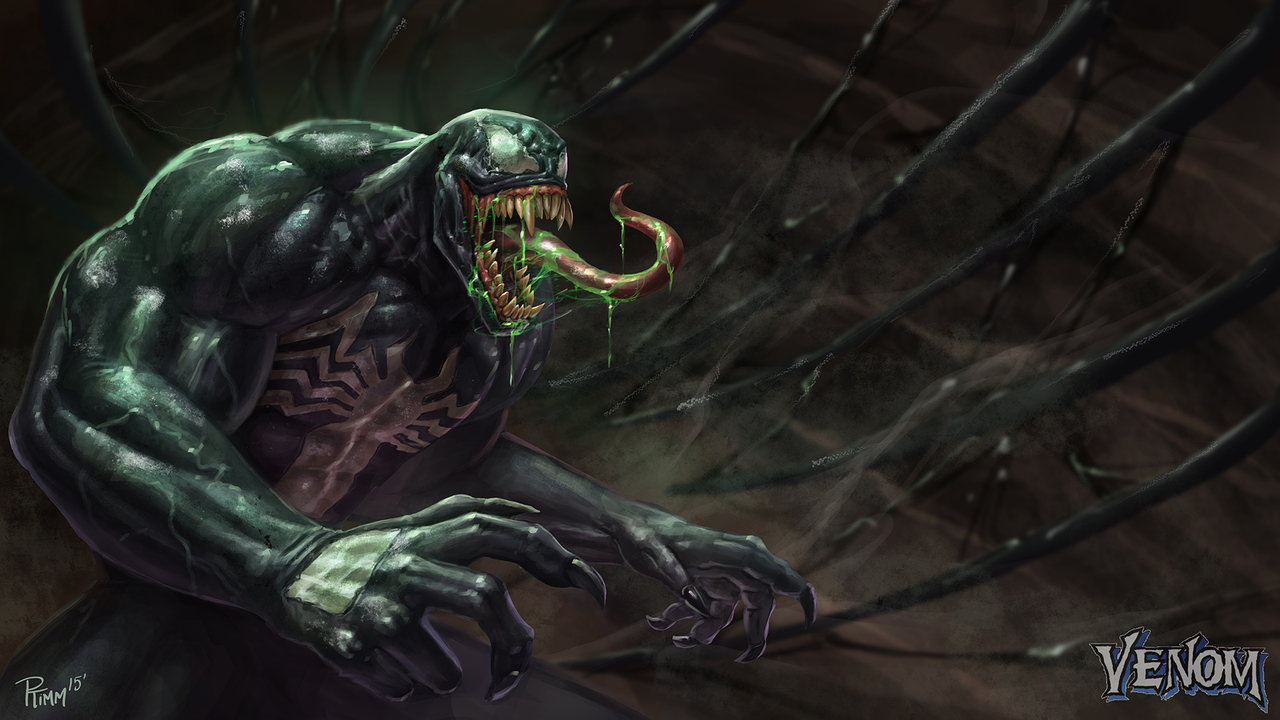 Apparently the Spider-man deadliest foe and sometimes ally ‘Venom’ is a popular subject for character pieces. So much so, that we’ve got more than double the uploads as compared to the Webhead!

So we decided to make a post all about Venom, who seems to be under appreciated these days over at Marvel, the original owner of the Symbiote (after Peter Parker of course) Eddie Brock deserves some love.

We start things off with this amazing 3d sculpture that got Venom’s saliva just right. We would love to see a version with a green pigment over the transparent one, though.

A different sculpture from the same author. Yummy!

The master Andy Timm showcasing that he doesn’t need to mash up pop culture icons to come up with impressive work.

But this piece is still freaking awesome. Bane and Venom look so “right” together.

Sticky, gooey and full of teeth. It’s still Venom, even if it’s off-model.

Fat head Venom here looks massive, as if it was a mass of muscles and alien symbiote fat.

Barends piece puts some contrast over how much texturing there is over Venom’s eye marks in comparison to it’s eyes and skin.

Venom Pepsicards had some striking art to it, Ricalde captures this and adds his own twist.

Lionel returns her,e with a piece that is very different from his last one – In particular, it portrays the “Anti-Venom” phase for Eddie Brock

Bonus Pictures
Mac Gargan time as Venom also got some love! (When’s Agent Venom time to be popular in the mind of the mainstream?)
Check’em out here: