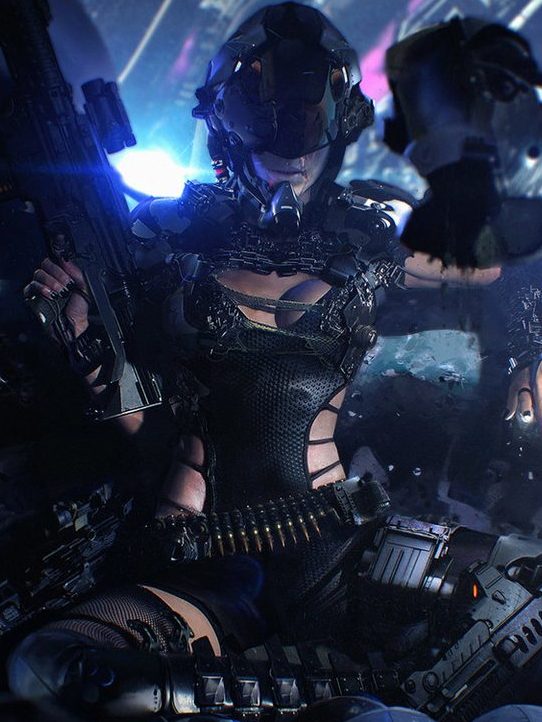 The Super Hero genre has been around for a while, but the discussion seems to be saturated by the big name characters.
You do not see a following as big as say, Fantasy in the genre, yet the characters and stories that are popular are wildly know throughout the world.
Today we are trying to showcase some weird, unique, and personal Super Hero designs created by artists. We hope you gain a greater appreciation for the genre by the end of it!

Albert Urmanov is a world class designer. His take on a super heroic design has sex appeal, a cool cyberpunk flair, and a great silhouette. The perfect storm for a “Super Hero” design.

While there is a “Sucker Punch” vibe from this piece, the actual silhouette of the character as well the action pose carries it to something bold.

The cute and colorful outfit gives a different edge for this power armor-clad heroine.

The Villas-verse
Carlos Villas has created his own take on super heroes! Let’s check those designs out:

The Luchador Speedster, the Super Speedy Tornado! It’s Hyperbolt. Tights, spandex, and colors! You can’t get more “Super Hero” than this.

Animal heroes have been done, and there are at least 3 different marvel characters with the name “White Tiger” – However the logo, the white/black skin pattern makes the piece stand out.

With the name “White Tiger 2” we can only assume this is a super villain, the rival for the “White Tiger” piece presented before. The red and black colors do drive the point home.

“Electrodome: Agents of C.L.E.A.N” is an experimental project of STORM. We wanted to picture a brand new superheroes team, such like Avengers, with “different”and unconventional powers and abilities related to the most common appliances we use everyday: irons, hair dryers, washing machines, vacuum cleaners etc. The main goal is to create a high impact collection of images with a sci-fi feel and commercial use with a adv oriented language.”

The Vigilante Soldier
Jin Hao Villa created his own take of a modern anti-hero. In his words:
“The ultimate antihero is here. Meet Vigilante Soldier. Inspired by the protagonists of Uncharted and Farcry comes my own version of the ultimate bad-ass.”