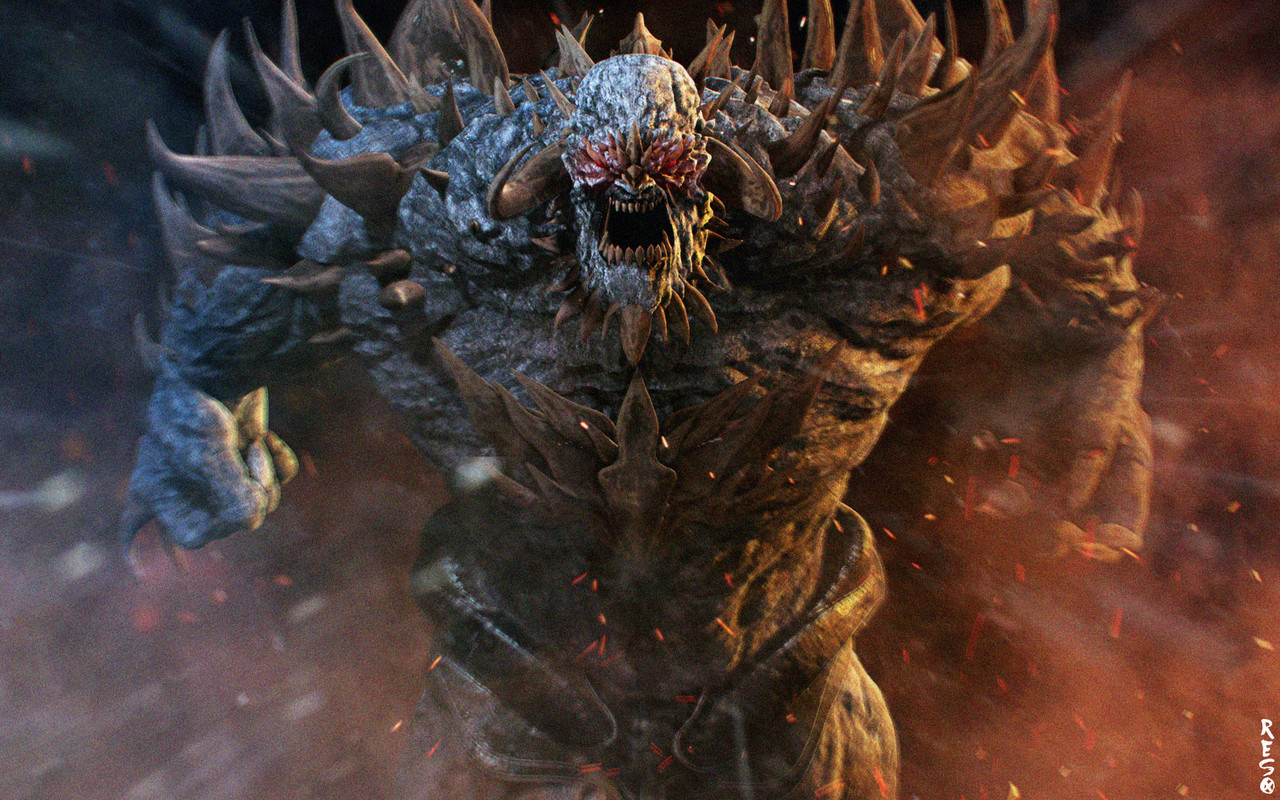 The return of a classic, in this post we will explore all the monsters, cyber tyrants and evil aliens that lurk around on the site!

We start a bit on the nose here, a bit obvious. But seeing the quality of Drabik’s art here, can you really blame us for opening this stargate of villainy with Darth Vader himself?

The Alien smiles. He has already figured out a way to escape and feast on the flesh of his captors. The new breed of xenomorph has yellow teeth and white skin – Another evolutionary step! Perhaps done to infiltrate a different type of ship?

Rocksteady here got back (and spikes, and blades and oh god what is he is going to do with the Turtles? Jeez Rocksteady, you scary)

Ok picture this: Take the Xenomorph, make it have paranormal powers, the ability to grown out organic guns from his body and then connect it’s mind to a hive mind. That’s the Tyranid. They don’t mess around.

Warhammer 40k Orks are villains as “typhoons” are villains. They are a force of nature, that carry machine guns and rockets. And they would shoot you in sight. Perhaps they are more evil than natural disasters after all. But the point is: Fighting is in their nature. They live and die for a good war.

While the Predator do not consider themselves villains, they probably see us humans as cattle, maybe even as prey at best. A deadly clash of cultures.

A villain that combines human desire, jealousy, envy, hate with an alien need to feed, to connect to stronger hosts. Venom is unique because it is defined and embedded on a very specific mythos, the Spider-man stories.

The Possessed Chaos Space Marine (which are represented by the two pieces above) are a fun bunch! Indoctrinated heroes who fall to the “dark side” of their setting, that consists in old, bizarre gods that see them more of playthings as actual players in their cosmic struggle. Here’s the kicker: As much they like to shout about “Purity”, the regular Space Marine are part of a very violent regime. Even if their intentions are in the end, for a greater good the very society they defend is corrupt and while professing themselves to follow the will of the ‘God-Emperor’, they stray further. Violent, terrifying and evil to the core, these are Villains with a capital V. Their morals are twisted into something terrible.

A creature bred, killed and reformed so it could evolve again and again just so it could stand up to Superman. A being created by a villain to take out the biggest boy scout in the sky.

It seems they are accepting anyone into the Empire right now… Or perhaps, this one Alien just adapted some Stormtrooper armor to infiltrate a Death Star. I wonder if an Alien Stormtrooper would still suck at shooting things.

What is Lobo doing here? Isn’t this the Big Bad Villain Post? Lobo is such a badass he doesn’t care about the theme of the week, he just came here to collect his bounty and who are we to say no? A Mercenary can be a villain, even if Lobo is usually hunting down other villains himself.

Pokemon Go, the inspiration
Metroid – 30 years of Inspiration
To Top