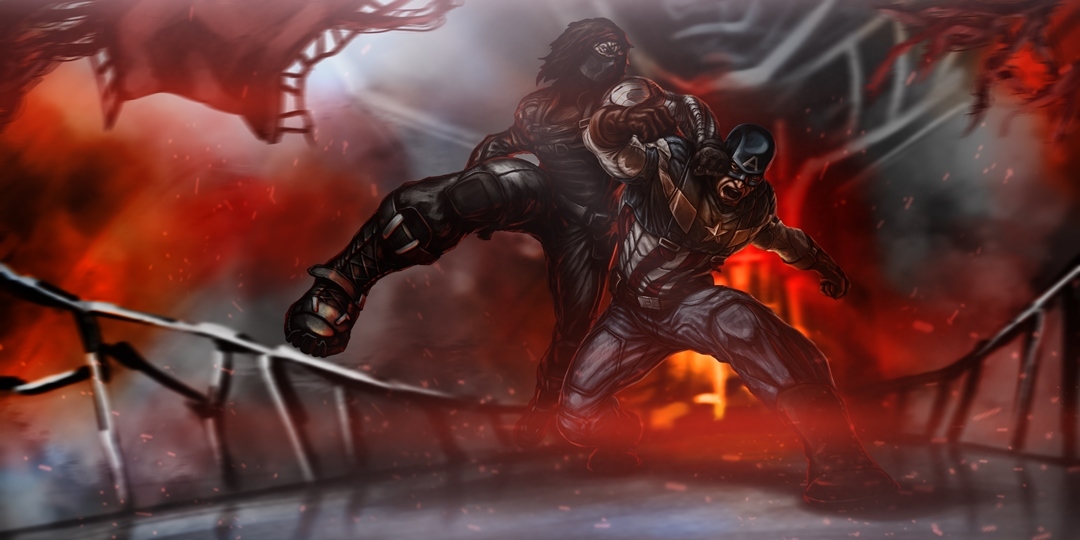 Sometimes, all you need is a single element to build tension and depict movement. This gallery is a showcase of those pieces that make us wince and imagine what’s to come next. They’re intense,  fierce, and action packed! Hold on to your pants.

So what happens when two pop icons clash? Can the Avengers really survive a bout with Godzilla?! Fun fact: Back in the day Godzilla had a comic book published by Marvel. So this isn’t just a possibility? It actually happened!

Sticking with the Avengers, this one is so intense it spawned a pretty lengthy story written by yours truly. Two best friends, fighting while their emotions boil over.

Ruan Jia being Ruan Jai packed in so much action in this one that the image won’t stay still even if you wanted it to. The movement he managed to convey here is no small thing. I only wish you could see where she’s charging to next.

Sometimes, all you need to make an action packed piece is to throw an angry bear at it. OK, maybe it won’t work in every piece, but it sure does work here! It also helps that Master Chief is blasting that fool.

That looks painful. It’s hard to tell what exactly is happening in this one, but the expression on display tells you more than any words can convey. Marek titled it Extraction. He should’ve called it Painful Extraction. Ouch!

No Mercy. The title says it all. This swordsman has his blade in hand and a colorful politician on his feet. Or perhaps it’s a priest or even a merchant. Who cares? He’s clearly ready to meet his doom.

And the crown jewel of this collection. Here you’ve got the antagonist: Giant robot rampaging through the city. The protagonist: A biker who’s doing one of two things. 1) Leading him away, or 2) getting the heck out of dodge. And the subject matter: Downtown going to hell. This. Is. Awesome.

Let us know which one of these is your favorite by leaving a comment below. We’ll be back soon with Volume 2 of this series.

The Inspiration of the Samurai
Pokemon Go, the inspiration
To Top