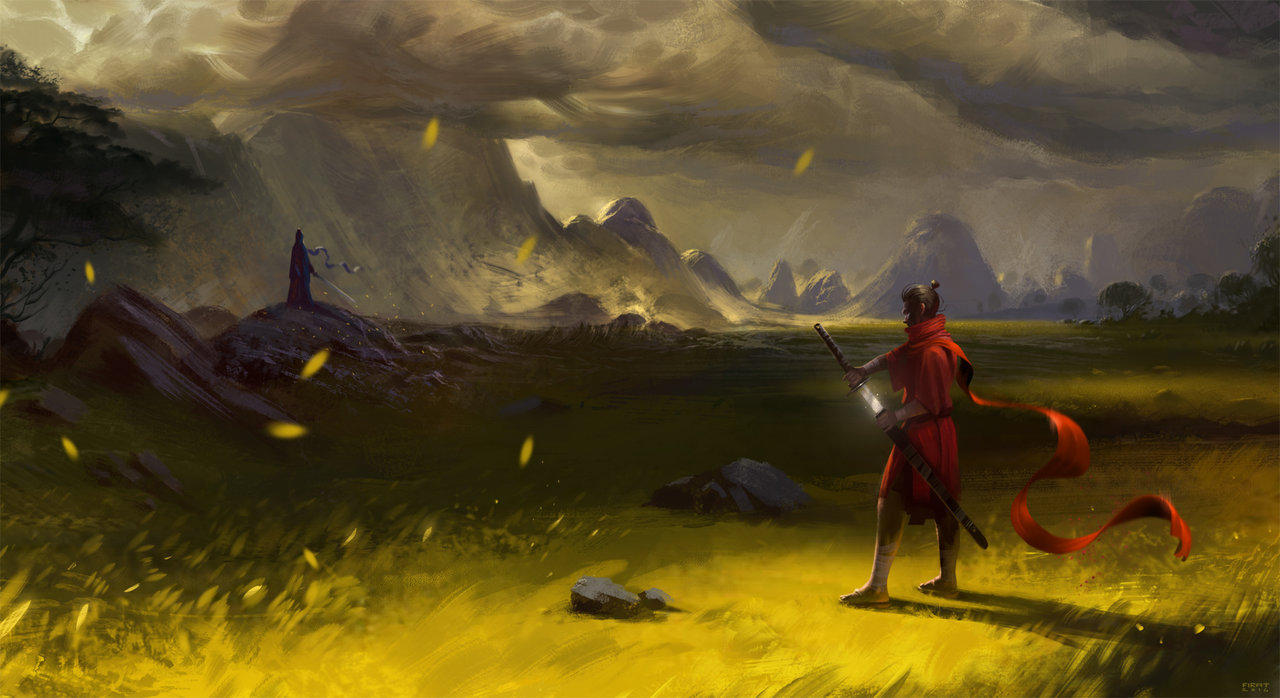 The Weekly Adventurers Around the Globe is a fictional publication or “lore tidbit”. It takes place in the fantasy world of “Irolatreia” – A land where fantasy adventurers are like sports celebrities, with their own cheering squads and millionaire contracts.

The adventures and the world they live is showcased by their own words in quick interviews by the publication. It’s a bite sized fantasy world, where you fill the gaps yourself!

Last time we introduced a new adventurer. Now, you get to see him in action!

Several monks would travel through this wilderness as part of their pilgrimage. It is why he accepted the job.

Jin is a foreigner in this land, he still tries to understand how people act and why. He found the pilgrimage of the monks something unusual, so he pledged his swords to the distressed clergy.He was called there because the plains were being robbed by a man that wielded a sword. He would draw it and stalk the monks without uttering a single word. He would only stop when they offered him gold.

Weekly Adventurers Around the Globe – The Swordsman I
Writing Prompts #17: Fishing
To Top