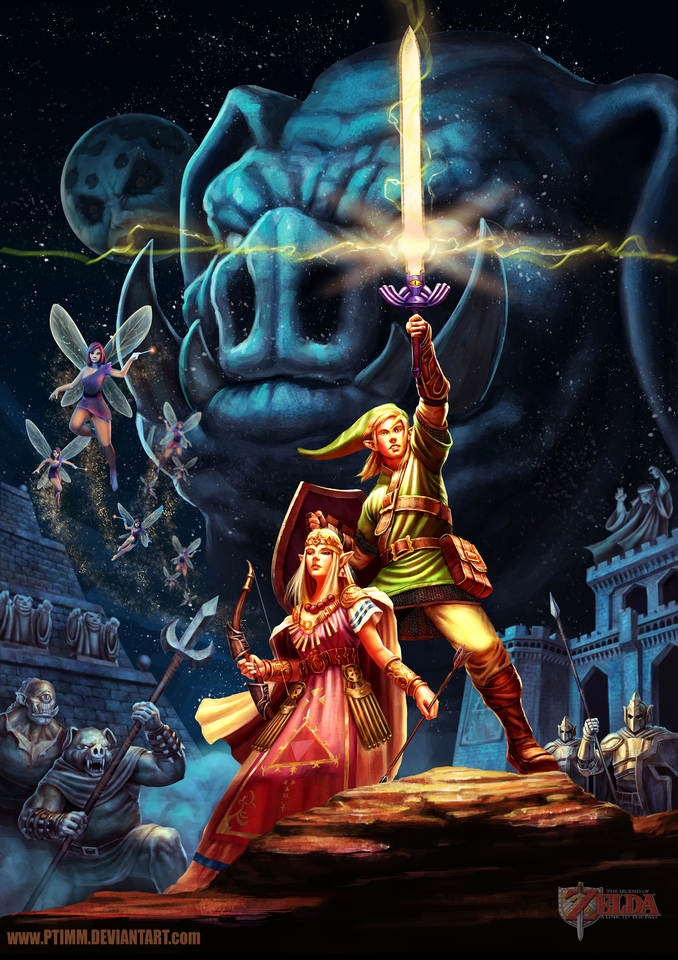 We are celebrating the 30 years (!) of the ‘Zelda’ franchise. Such a big, important post needs to be split in two! Click here for the Gallery post.

It’s hard to just put on words the impact this series has had in artists all around the globe. When the ‘Zelda’ series began, video games were more associated with arcade, the Atari fiasco going at the time and old time computers. People saw it as fun distractions, and in essense that’s what video games are even today and there is nothing really wrong about it.

However, to say that you were ‘inspired’ by Zelda as a graphical artist 30 years ago would probably not sound right. ‘Art’, in particular, ‘Digital Art’ was limited by the technicalities and limitations of the technology of the time. But even back then, there was something about ‘Zelda’.

That evoked wonder to an entire generation.
So much so, Artlords in itself could be linked to the series on the fact that we get so many uploads regarding this series. Here are our favorite pieces that were inspired by it, see this as a celebration of a creative force that is ‘Zelda’.

This could easily pass as a cover for Twilight Princess or even the upcoming “Breath of the Wild”.
The Iconic green tunic and Link’s overall design screams ‘Zelda’ while Alexander Brox creates a dynamic composition.

The color pallete, the dress design, the crown – It’s Zelda all right! But in a completely different style, something that is personal for Kakuart. Some might call this ‘fanart’ and value it less, but the big colorful eyes warms our heart.

This redesigned Ganondorf at first glance really isn’t like the Ganondorf fans know the series for. But the very act of creating a character with the same pallete and the concept of representing Strength and the evil associate with the character shows how much this series touched artists. Daniel Wearing has a bunch of designs on his artlords profile, original ones, and he redesigned Ganondorf here for a challenge.

Andy Timm’s mashup between Star Wars and Zelda is like playing with your toys back when you were a kid. Everything is possible and those cool things you watched and play come alive in a nostalgic painting that is technically impressive.

“Death Mountain always has those flying fire skulls (Red Bubbles), we wouldn’t want one of them burning link now, would we? ”
Gabriel Ramos draw this kick ass piece here inspired by a minor, unimportant scene in Ocarina of Time. He used the Fire Skulls color and lighting as a backdrop to a piece of Link just standing there, gallant as always. He took a passing moment, one that happened during gameplay and has no impact on the overall story of the game and expressed it on Digital Art. This is the power of ‘Zelda’ and games in general. It’s not about the iconic set pieces, but the small stuff that you do and interact with alongside design. In this case, character design. If you want to have some Red Skull lighting on your wall, you can always support Ramos art by buying a print of the piece here.