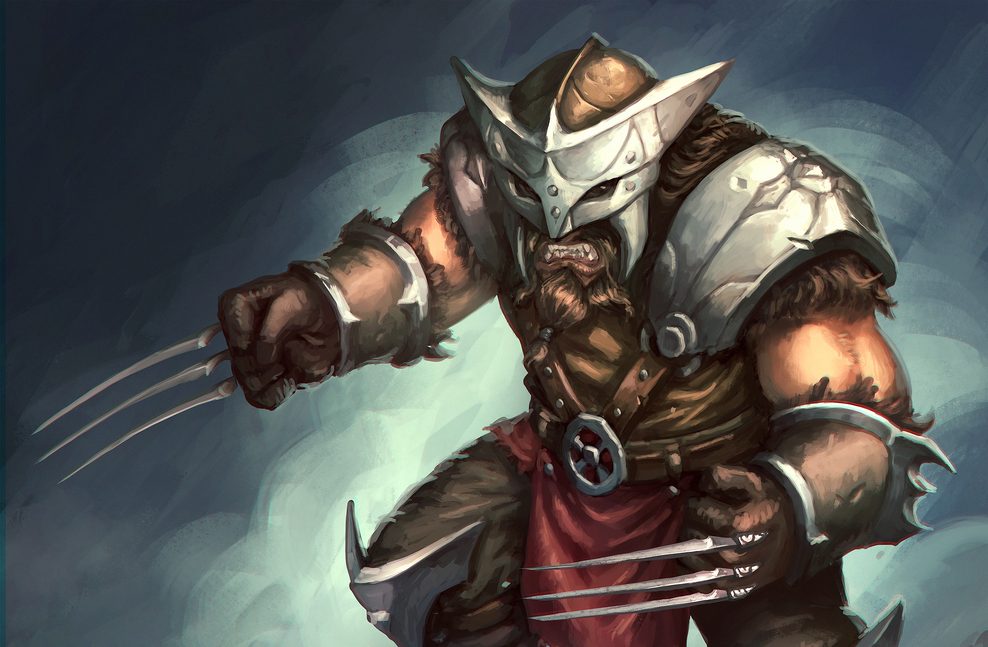 Some characters are so fantastic that they beg for reinterpretation. A Braveheart style sword wielding Vader, a viking Batman, or even an Martian inspired Superman. Below we’ve assembled some seriously sick character reinterpretations for some of the most famous superheroes (and villains) around.

The sixteenth century is full of strange tales, would a dark warrior with a flaming red sword be that outlandish?

Oh man. I can feel the Dark Souls fear coursing through my veins again.

I’m sure Luke looks cool and all, but come on. Massive Darth Vader in black armor with a Braveheart style lightsaber? Worth it.

THIS IS LITERALLY COOLER THAN ANYTHING ELSE EVER.

Let’s move onto the Dark Knight

Not exactly the shadow of justice we all know and love/fear. Maybe after killing joker their’s nothing left?

Ah, that’s more like it. Viking Batman sounds like an amazing comic or movie. I want both.

This piece is a little more Bruce Wayne, a bit more swagger than fury.

I know we already did a viking batman piece, but come on. That is incredible.

Operator Batman here is ready to go Counter Terrorist all over Gotham.

Superman is the man of tomorrow. But what if tomorrow isn’t as bright as we hope it to be?

This Ka-El is a man of steel a bit too literally. His body is a mineral in itself.

More alien-like in appearance, this Superman would probably be more like the Martian Manhunter than the actual Superman.

Sups here could star in anything and we’d would watch – that’s the power of sex appeal.

This character fusion between Thing and Superman would be a great Amalgam Comics entry. Ah the 90’s.

A more demonic take on the same concept.

This third redesign by Asher Ben Alpay has a more “Frankenstein” look to it.

A more colorful take on the whole “cloned alien angel thing that’s actually the mother of the protagonist”.

It sounded better in my head.

New Angels for our Eva units to fight! I wounder how Beaver Head would tackle Skeleton Manta here.

Samurai Freeza here, still smug as ever though.

Who needs alternate forms when you are alien Tony Stark?

Pay no attention to the fact this is an all around awesome piece that mashes two popular franchises together, drink in the badassery that is techno alien Freeza.

That realistic Freeza has some sexy lips. Just saying.

Sometimes the best redesigns are the ones who erase the character from existence in the first place.

Dwarven wolverine? Sounds awesome. Just imagine all of Lord of the Rings, but with Hugh Jackman saying “bub” every couple of minutes. Now that I’d pay to see.