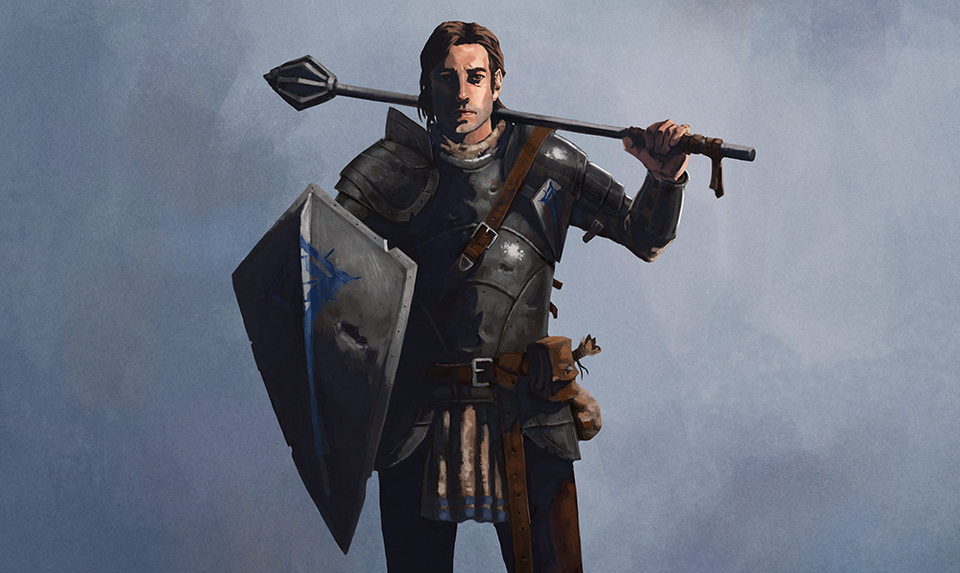 Dungeons and Dragons has been around a long time, and it has shaped the fantasy genre. Many authors are as likely to roll a twenty-sided die on the weekend as they are attending a conference or meeting with an editor. So, here’s a fantastic series based on each of the main D&D classes!

Santa as a barbarian? Amazing. That enchanted ice-axe? Even better.

My favorite class to play, bards come in all shapes and sizes. I’ve played elven bards, dwarven bards, gnome bards, but an old concert violinist would be a first.

I’ve seen many a druid in many a D&D game, but typically they’re disappointing. Magical park rangers? No thank you. But imagine those magical park rangers decide the want the whole world to be their park. Which means, you know, the destruction of all society as we know it.

Fighters are the D&D generalist, they have expertise in all martial and simple weapons (more than twenty different types) and are capable of taking more feats than any other class. This means your badass archer, mounted warrior, sword-and-board expert, maul wielder, can all be fighters. I’ve always made the argument that Link from the Legend of Zelda series would be a Fighter in D&D, and I stand by it. He’s a generalist, capable of wielding all kinds of different weapons. You could even have him take a feat to get the bit of magic he tends to have.

Bruce Li, Jackie Chan, the Ninja. In Fifth edition Dungeons & Dragons, the monk class encompasses all of these things. If you cross paths with one, don’t take their not having any physical weapons as a sign of weakness. Their weapons are their arms and legs, their armor is their dexterity and their attunement to the world around them.

Holy warriors who find inner peace in the conflict that comes from protecting the weak, or from avenging the wrongs done to the innocent, paladins have been a mainstay of D&D for a while now. In the mechanics of the game, they have some of the best nova damage around (especially when you crit. Mmmmm. Those crits).

Inspired by the grim-faced King of Gondor, the ranger class takes after Aragorn in a number of ways. A mysterious understanding of the natural world, the ability to fight numerous foes at once, and the badassery that’s been imitated since D&D’s inception.

A knife in the dark, a wry smile and a purse with a hole in it, rogues are fun as hell to play. The 5e Rogue is the thief, the assassin, and the arcane trickster. Thieves scale walls and swim rivers to get away, the assassin has mastered the art of the one-hit kill utilizing surprise and darkness, and the arcane trickster can rob you and convince you that you were robbing them.

Wizards learn through study, warlocks through pacts, sorcerers are born with magic in their bones. As they discover their powers, as they explore themselves, sorcerers are sometimes driven from their homes in fear. That is typically when a sorcerer begins their life as an adventurer, and they don’t turn back.

Warlocks come to their magic by making a pact with an otherworldly being. Whether an alien from before the foundation of time, a demon of hell, or a queen of the faewilds, warlocks exchange something for power. Their soul, the death of a king, or something subconscious.

Warlocks command awesome power, but they’re feared so many warlocks keep themselves secret from the rest of the world. Some, however, openly fight against society with the new power they’ve been given.

Spellbook in hand, the wizard mutters a quiet phrase in draconic, and a bit of feather and a small pearl burn up in his hands as a spark ignites across the ravine. The goblins just start to notice the spark as it erupts into a massive fireball. Wizards are the kings of Dungeons and Dragons, once the late game comes.

Why break someone’s face with steel, when you can break their will?