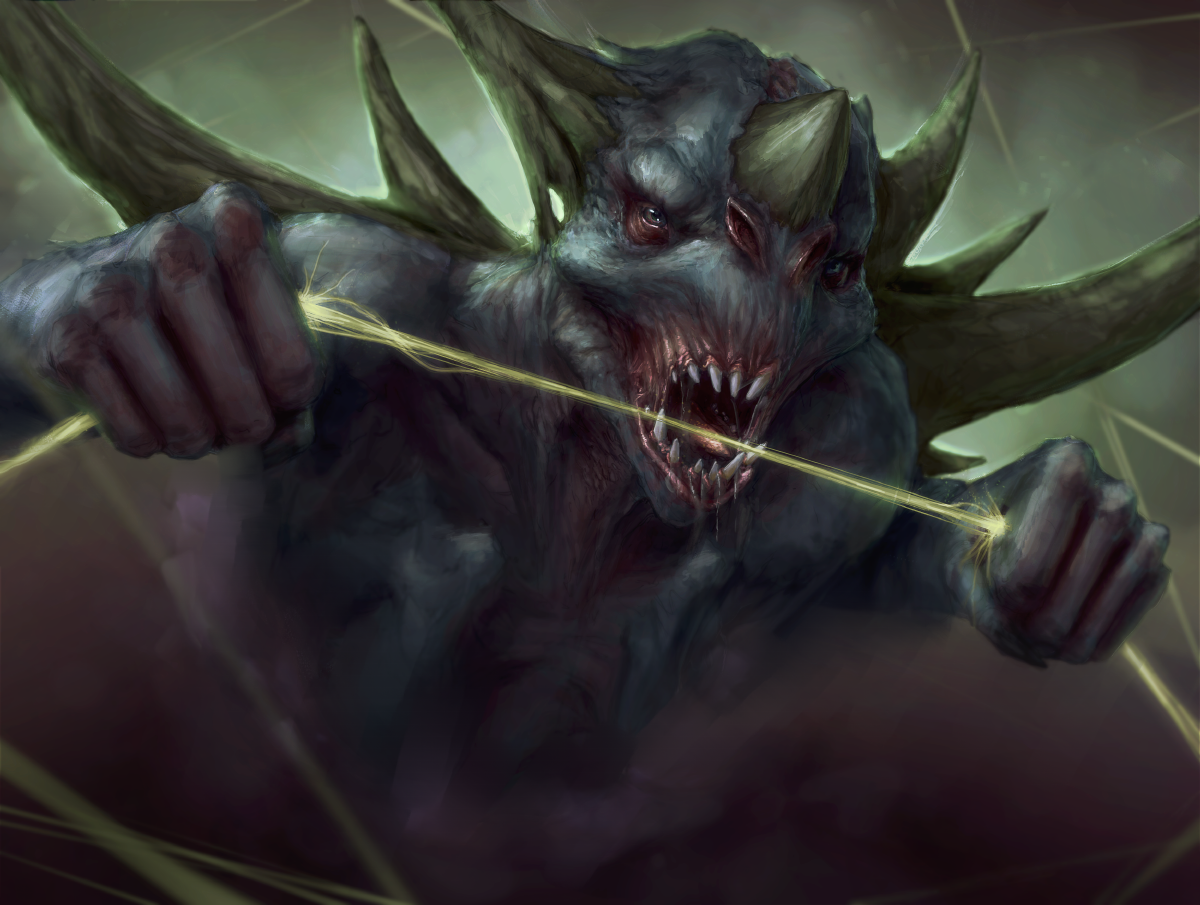 Humans are biologically wired to think things are there when they aren’t. So naturally, monsters have been the subject of our horror stories and nightmares since the very beginning. Here’s ten pieces that scratch that phantom desire we all have inside of us.

Edgar Stepanov’s Demon is the sort of thing you might expect in the Diablo series or Dante’s Inferno. A bit obvious, cool yet wicked.

Boss Jam by Taylor Christensen is, uh, gross. We love it, but ugh. What sinew or brain matter is  split between those mauls?

It is often said that we bury the dead in order to return their energy to the earth, to allow them to become grass and trees and songs. But what if we’re burying the dead for fear they’ll come back? Witch by Carlos Villas makes me think that’s the case.

Granted, the joker is freaky in almost every iteration of him. But this more recently run of Batman, where Joker’s face gets FREAKING CARVED OFF AND HE STAPLES IT BACK ON is just. Too. much.

The beast rolled its eyes. “I am not a devil, fool. Do you ever wonder why you seek the Devil with such vigor? I shall tell you. Because you cannot face your own wickedness. The truth is there is no Devil making you torture, rape, murder, and sodomize one another, or making you destroy the very land that feeds you. There is only you. So look at yourself, for you are the only devil in this room.” – Brom, Krampus: The Yule Lord

Cthulhu And The Ninth Wave by Oliver Wetter

If we had a monster list and it didn’t Cthulhu on it, the Great Dreamer might come for us himself.

Sometimes monsters aren’t your enemy, Chirag Tripathy shows us this in this piece. The play of light against rain here makes the scene unsettling and intimate all at once.

I, uh, I think I like the Fates in Disney’s Hercules better. Jeez, and I thought the eye bit was gross.

Someone should send this design to the folks at God of War. I’d love to see Kratos scaling this buy guy’s elbow or something.

Bow before the Worm King.

This rattata isn’t all that frightening, in a danger sense.
But, oh man.