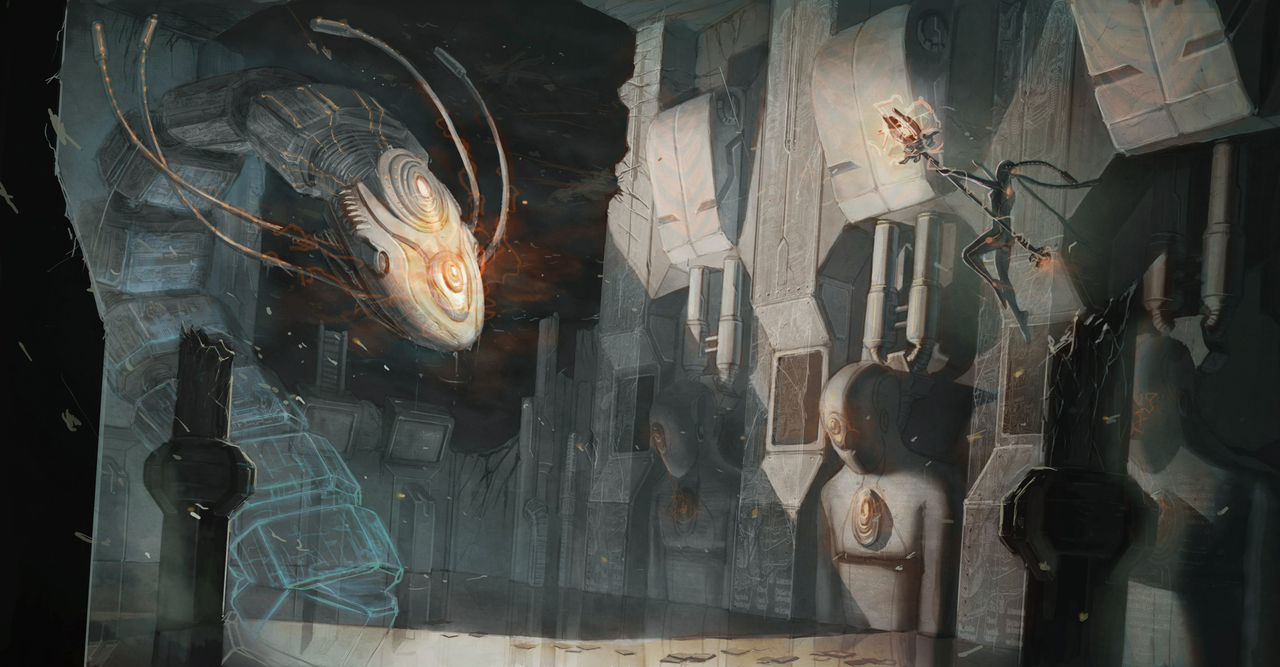 The Sixtar series explore the concept of life in a moon of the planet Sixtar.
There, life is created by machines to fulfill one purpose: Survive.

The hunt was not done by survival in the traditional, human sense. For the people of Sixtar did not need to eat or drink to recharge their cores under the light of their sun.
Rather, this was a show of force. A proof that a particular tribe had capable warriors, creating a ‘deterrence’ for possible conflicts. The brains of the Sixtar were highly logical – If there is a powerful, deadly warrior in another tribe, why risk losing your life going after them?’.

“Mothers” are machines just like the other habitants of Sixtar. They represent nurture, and is a role present in many tribes. Any machine can take the form of a ‘Mother’ and they all come from all shapes and sizes. They exist as a method of meme distribution, since the people of Sixtar cannot pass their genes to the newly assembled. It is a job of a mother to love, to show the old ways, and to guide the new machine into their own path; One that will be based on the old tried and proved memes but that must surpass it.

The entire drive of their memetic evolution comes from the fact that if they do not learn, adapt and surpass their ways, they will cease to exist. For the Killer beasts are also made of plastic, metal and an energy core, but inside their electronic minds, there is a constant drive, one that grows louder by the day, and all it says is: