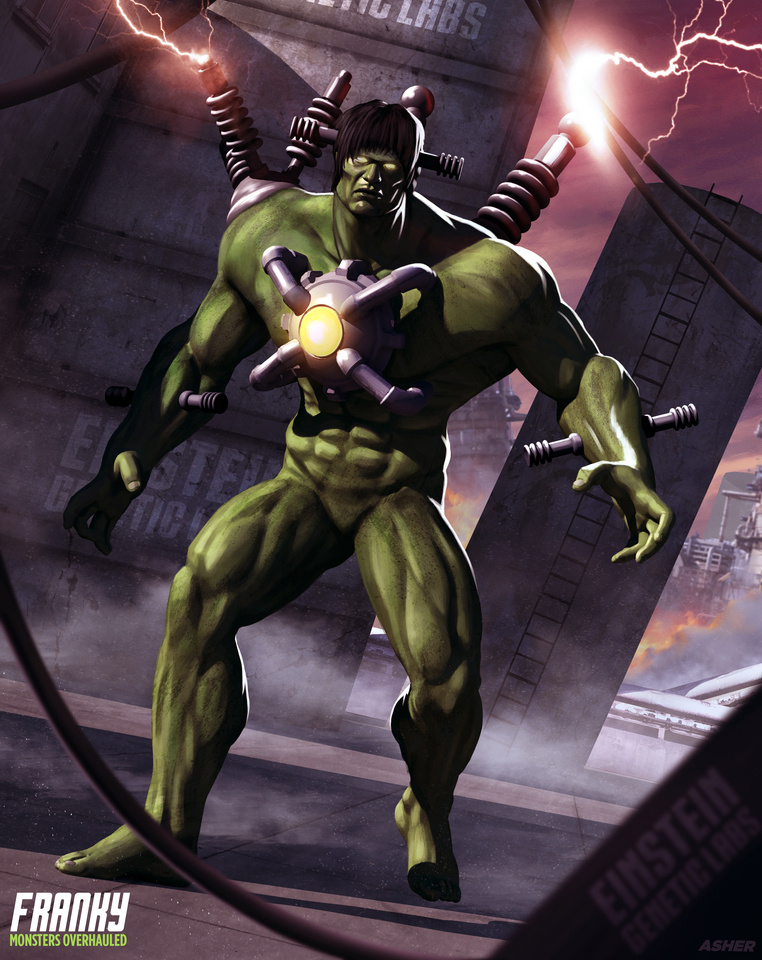 Share
Tweet
Share
Share
Email
Comments
The thunderstorm rages on.
While people run for their houses and shelters, afraid of the burning light, capacitors spread around the city drink the lightning inEach bit of energy, beats it’s heart.
Little by little, life finds a way.

And it’s angry.
Living is bothersome. A hunger forms between it’s stitched stomach. It wants more of life’s elixir!
Running through the city, it’s chewing on energy cables, breaking through homes and resting in power sources. TVs, computers, even cell phones are a banquet for the creature. Each jolt makes it feel alive.
Life in every bite!

Quickly, humans surround their own creation.
Guns in hand, they offer the creature the sweet release of death.
And for a moment, it drinks it in. It closes its eye, basking in the glory of bullet fire.
But something inside of it refused to let go the sweet nectar of life.
Their eyes open wide like an eagle.
And like a tiger, it pounces it’s poachers.
Human flesh does not give life. Human flesh is death, decay.

The creature gorges itself with the blood of it’s would be executioners with melancholy.

Dressed in red splatters, it roams the land looking for it’s next meal.

Writing Prompts #16: The Last King
The Sixtar Series
To Top