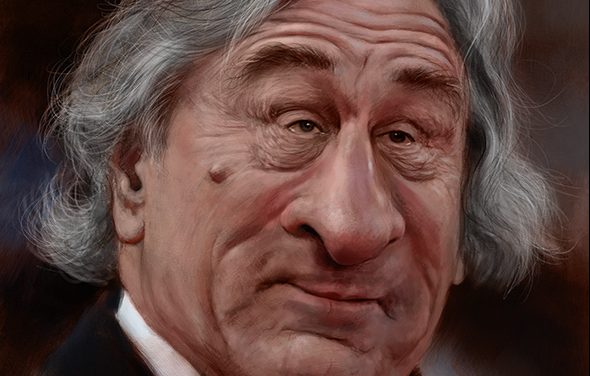 Caricatures have existed in art for as long as humans have been making it. French political cartoons, cave scrawlings with goofy proportions, manga and anime from Japan; caricature has been used for a very long time. Here are four great caricatures from the Art Lords community, specifically orange buddhas and Emily Hare.

Django is the great pioneer of Hotbox jazz guitar, and his music has been featured in film, television, and even in videogames (Bioshocks first few minutes after reaching the lighthouse feature his song “La Mer”). Orange highlights his prominent forehead, smiling lips and interesting posture used when playing guitar.

Another piece by Emily, this captures the essential features of Deniro’s person, the wild hair, round and wrinkled face, and his small eyes which somehow still carry so much character.

Liam Neeson, despite being arguably the most bad ass actor no matter what movie he’s in, has really, hilariously big nose. Orange nails it.